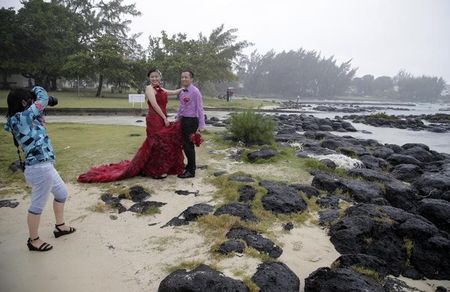 PORT LOUIS (Reuters) – The number of tourists visiting Mauritius rose 10.4 percent in the 10 months to October from the same period last year, with more arrivals from Asia, figures showed on Friday.

Tourism is an important component of the economy and a key source of hard currency for the Indian Ocean island state, best known for its luxury spas and beaches.

“Barring any unexpected circumstances, we should attract an additional 100,000 tourists this year,” Xavier-Luc Duval, the minister of Tourism said in a statement.

Last month Duval told Reuters in an interview that a major focus was boosting numbers during the island’s winter season, running from June to September, by drawing more visitors from India, China, Africa and Russia.

The number of tourists visiting from Europe, which accounts for two-thirds, rose by 9.9 percent to 487,487.

Despite the rising numbers, central bank figures suggested tourist revenues in the first half had fallen by 3.5 percent. The tourism minister said hotels had not seen a revenue fall and the central bank has said it is reviewing its figures.