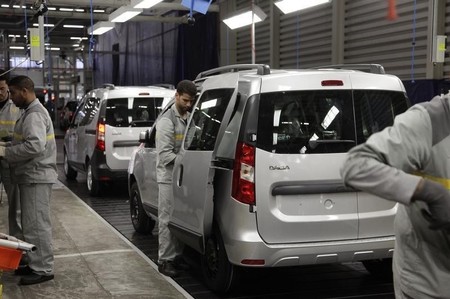 RABAT (Reuters) – Morocco said on Monday it had signed deals for 26 auto industry projects worth a total of 1.23 billion euros ($1.45 billion) as it seeks to build its position as an international hub for the sector.

The deals include six agreements with French company Renault to expand an “industry ecosystem” allowing the firm to increase local sourcing of car components to 55 percent, according to a government statement.

Renault has a large factory in the northern Moroccan city of Tangiers that opened in 2012, and an older assembly plant in Casablanca.

Another 13 of the new projects are planned as part of a manufacturing hub linked to a PSA Peugeot Citroen factory under construction in Kenitra, north of the capital, Rabat.

The projects announced on Monday are with companies from France, Spain, Italy, China, South Korea, Japan and the United States, and are expected to create more than 11,500 jobs, the government statement said.

Eleven of the companies will be operating in Morocco for the first time, Abdel Wahid Rahal, a senior official at the ministry for industry, investment, trade and digital economy, told Reuters.

On Saturday, officials announced a memorandum of understanding with Chinese automaker BYD to build an electric car plant near Tangier that is expected to create 2,500 jobs. They gave no details on the value of the deal.

Unlike many countries in the region, Morocco has avoided a big drop in foreign investment following the global financial crisis and the Arab Spring uprisings of 2011, partly by marketing itself as an export base for Europe, the Middle East and Africa.

The kingdom has attracted a number of big auto and aerospace investors in recent years.