Morocco and the AU: A Game of Thrones? 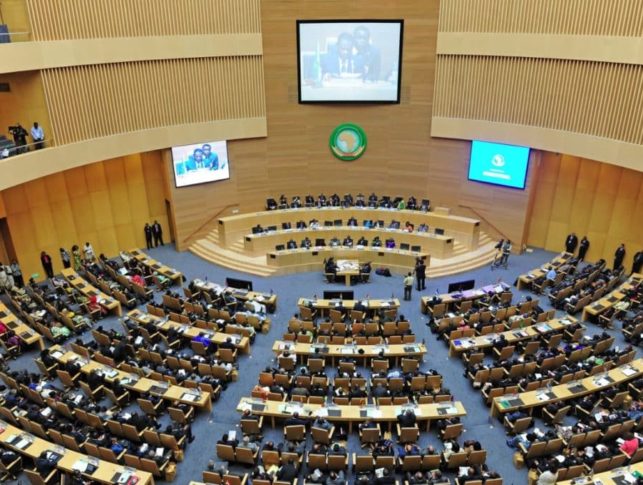 After 30 years on the outside, Morocco is seeking a return to the African Union body that it dramatically left in 1984. As of 2002 this body is called the African Union, previously known as The Organization of African Unity (OAU). Some see this move as long overdue while critics see it as an insidious maneuver to further Moroccan agendas. The controversial and complex situation revolves around Morocco’s disputed ownership of the Western Sahara in North-West Africa. Much has changed since Morocco’s departure, including the AU itself.

The ghosts of the past are not easily dispelled. Regional entities remain untrusting towards Morocco after the nation claimed ownership of the Western Sahara region in the wake of the Spanish withdrawal in 1975. Critics condemned the action as an illegal annexation and an opportunistic land-grab: the region contains vast phosphate resources, abundant fisheries and large untapped oil potential. Morocco however believes that the Western Sahara has always been part of Greater Morocco’s true borders. This annexation for them was merely a return of the Sahara to the “motherland”, and not an aggressive power play. The Western Sahara’s partially recognized ruling body, the SADR (Sahrawi Arab Democratic Republic), severely contest these historical claims to ownership.

History of Morocco’s relationship with the AU

When the independence of the Western Sahara was recognized by the OAU, Morocco immediately exited the union and has been on the outside ever since. So the question is: what has changed? In recent years Morocco has been fostering closer relations with its regional neighbors. This may just be the next step in the process of strengthening their African ties, with a desire to become a key economic and political player in the continent. “For a long time our friends have been asking us to return to them so that Morocco can take up its natural place within its institutional family,” King Mohammed VI said in a speech to African leaders. Morocco claims the motives are entirely separate from its stance on the Western Sahara, and wishes to rejoin solely from an economic standpoint.

A more cynical reasoning is that after many years of diminished regional influence due to its absence from the AU, Morocco will be in a stronger position to undermine the legitimacy of the Western Sahara once inside the organization. An official from the AU speaking with anonymity said, “The AU general secretariat is concerned that Morocco wants to return in order to argue the SADR issue from within the AU.”

Will their stubbornness keep them from rejoining?

Morocco is unlikely to concede any significant points over their occupation of the Western Sahara. Some commentators feel that it is likely that they will continue some form of hostilities towards the SADR whether inside or outside the AU. The rest of the union needs to carefully consider whether it can better manage the outcome of disagreement with Morocco inside, or outside the union. Morocco’s return to the organization will undoubtedly cause conflicts. The nations of the AU and beyond are already taking sides. Despite Egypt and Tunisia’s links to Morocco via their common cultural identity and geographic locations, they have not issued statements or official comments supporting Morocco’s potential re-entry. Mona Omar, an assistant to the Egyptian foreign minister said, “Egypt is committed to taking neutral positions when it comes to Algeria and Morocco.”

Realistically, 30 years ago when Morocco left, the union was a far less influential and interventionist body. If it returns it will be to an entity that is far more prepared and capable to intercede in conflict. It will not sit back and watch Morocco bully the Western Sahara, even if it re-enters with no restrictions on its actions.

Today, the AU is a pan-African organization designed to promote peace and prosperity throughout the continent of Africa. It is quite different to the OAU in that it can and does intervene in conflict and is not just advisory in nature. Its Peace and Security Council can deploy military forces and initiate peacekeeping missions throughout Africa, while also suspending memberships if countries abandon democratic practices, excluding them from trade relations and intercontinental funds. This is particularly pertinent to the discussion, the AU will not play placid spectator to Morocco’s intimidation. Morocco will be required to make some concessions to its diplomatic relations if it wants to play a central role within the African Union.

The circumstances surrounding Morocco’s departure remain unchanged, so critics have questioned Morocco’s timing and motives. The dispute over the Western Sahara is unresolved, causing tension throughout the whole of North Africa. For all parties to be duly satisfied it will take delicate diplomacy and Morocco would undoubtedly need to meet certain stipulations laid out by the union. Both parties have made it clear that they will not be compromising on their standpoint on the SADR; whether this will be a sticking point over Morocco’s membership, remains to be seen.

Africa, Economy, Politics Morocco and the AU: A Game of Thrones?