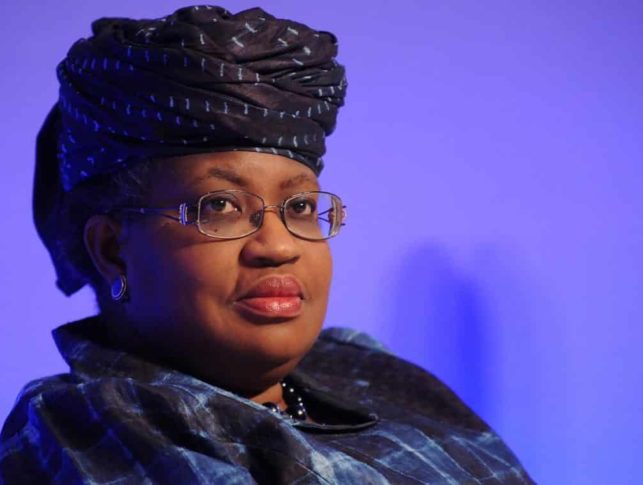 Nigerian economist and author Ngozi Okonjo-Iweala is one of the most celebrated economists in the world today. Renowned for her accomplishments within the country and international institutions, she has impacted the micro and macro economies of Africa, employed successful reforms and won numerous awards.

Born in Ogwashi-Uku, Delta State, Nigeria, Ngozi Okonjo-Iweala is 61, married to Ikemba Iweala who is a medical practitioner and surgeon and together have four children, three sons and one daughter, Onyinye, Uzodinma, Ikechukwu and Uchechi.

From the hard life to Harvard

At the age of 18 she traveled to the United States to begin her education. She attended Harvard University in Boston where she studied Economics and received her undergraduate degree; she subsequently attained her PhD in Regional Economics and Development from the Massachusetts Institute of Technology and has received Honorary Doctorates from Yale University, Brown University, Colby College, Northern Caribbean University, The University of Pennsylvania and Amherst College.

Her tenacity was apparent from a young age when she carried her Malaria-infected sister to a small clinic 10 kilometers away and made her way through the dense crowd to see the doctor; her sister survived and she describes the walk back as “…the shortest walk I ever had. I was so happy that my sister was alive. Today she’s 41 years old, a mother of three and she’s a physician saving other lives.”

The determination she displayed in this situation resonates in her later life as she has held a number of positions within the Nigerian Government and International Institutions. She currently lives in Abuja, Nigeria, working as a Senior Advisor for Lazar Ltd., a position she has been in since September, 2015. Okonjo-Iweala is also the Honorable Minister of Finance of Nigeria and the Coordinating Minister for the Economy, a Member of the Governing Council of Nigeria Sovereign Investment Authority, a Member of the Board of Governors at African Development Bank, an Advisor to the World Bank, Director of the World Resource Institute and Governor of the Islamic Development Bank. This is preceded by various positions in the World Bank, including Managing Director (2007-2011), Finance Minister and Foreign Minister of Nigeria (2003-2006). She was the first woman to hold these positions. She also ran for President of the World Bank but was defeated by Jim Yong Kim, America’s candidate.

Influence and Accomplishments for Okonjo-Iweala

Before Okonjo-Iweala made her way onto Nigeria’s political scene, the vision of a productive economic future did not look all too promising. Okonjo-Wahala was the name she earned herself after becoming Finance Minister, which means Trouble Woman. “It means, ‘I give you hell,’ she said. “But I don’t care what names they call me. I’m a fighter; I’m very focused on what I’m doing, and relentless in what I want to achieve, almost to a fault. If you get in my way you get kicked.”

Having to face issues such as extreme corruption, billion dollar debts and a GDP headed in the wrong direction, she had her work cut out for her. During her average seventeen hour work day, she fought corruption by addressing the issue of financial kickbacks, terminating the jobs of those involved, imposing jail sentences on scammers and investigating corruption within the oil industry resulting in improved transparency of the sector.

Nigeria had been experiencing a negative per capita growth for the past ten years. She came up with a solution that rearranged the budget which led to the stabilization of the economy as well as savings during upwards fluctuation of crude oil prices; these savings were used during the financial crisis to stimulate the economy.

A more adjustable exchange rate was imposed which complimented market-determined rates and from there, she shifted focus to one of the looming issues: debt. The country’s largest debt was for $30 billion form the Paris Club. In 2005 she was able to make a deal which cleared this debt; before this, Nigeria was paying $1 billion per year, with none of the money actually going toward the principal debt.

Okonjo-Iweala also pushed for the privatization of certain government sectors, such as telecoms, power and ports, the result of which was a six percent economic growth which is still maintained.

Dedication does not go unnoticed: awards and accolades

Okonjo-Iweala has been celebrated throughout her career for her contributions to the economic world. She is the author of two successful books and a member of numerous advisory groups including the Nelson Mandela Institution, ONE Campaign, the African Institutes of Science and Technology and Friends of the Global Fund Africa.

She was #48 on Forbes’ The World’s 100 Most Powerful Women in 2015, named by Time magazine as one of the 100 Most Influential People in the World, chosen as one of the World’s 50 Greatest Leaders by Fortune, selected as African Finance Minister of the Year by the Financial Times/The Banker in 2005 and recognized as Global Finance Minister of the Year 2005 by Euromoney Magazine.

Ngozi Okonjo-Iweala’s career has directly aided Nigeria progressing to a leading African economy. She continues to be active in her field and is an advocate of change, growth and equality.