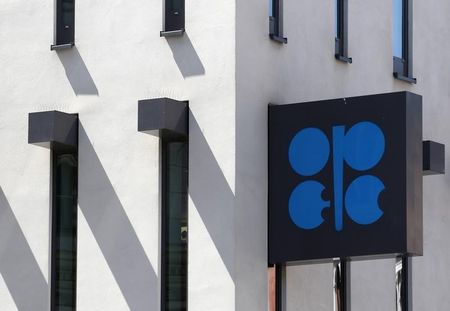 ABUJA (Reuters) – Some members of OPEC plan to meet other oil producers in Russia around March 20 for new talks on an oil output freeze, Nigeria’s petroleum minister said on Thursday, forecasting the meeting would spark a dramatic reaction in crude prices.

Nigeria has been pushing for action by the Organization of the Petroleum Exporting Countries because the slump in oil revenue has undercut its public finances and currency, leaving the government struggling to pay civil servants.

“We’re beginning to see the price of crude inch up very slowly,” minister Emmanuel Ibe Kachikwu told a conference in Abuja. “But if the meeting that we’re scheduling, it should happen in Russia, between the OPEC and non-OPEC producers, happens about March 20, we should see some dramatic price movement.”

“Both the Saudis and the Russians, everybody is coming back to the table,” Kachikwu said. “I think we’re very humbled today to accept that if we get to a price of $50, it will be celebrated. That’s a target that we have.”

The Russian Energy Ministry said it was ready for talks but the date and venue had yet to be agreed. “Currently, various options about the venue and date for the meeting, where measures on oil market stabilisation due to be discussed, are being worked out,” it said in a statement.

Benchmark Brent futures were around $37 per barrel by 1554 GMT on Thursday.

Yet the accord has so far failed to have a dramatic impact on crude prices, partly because OPEC’s third-largest producer Iran plans to steeply raise production after the lifting of international sanctions on the Islamic Republic in January.

Kachikwu also said Nigeria was pumping 2.2 million barrels per day, in line with previous comments, of which 46 percent was coming from onshore fields.

He also said Nigeria’s average oil production cost from state firm NNPC and international companies was between $13 and $15 a barrel for onshore fields and $30 a barrel for deep offshore operations.

Oil prices have lost two thirds of their value since mid 2014 due to a glut of supplies caused by booming output from the United States and OPEC. In January they fell below $30 per barrel, their lowest in more than a decade.