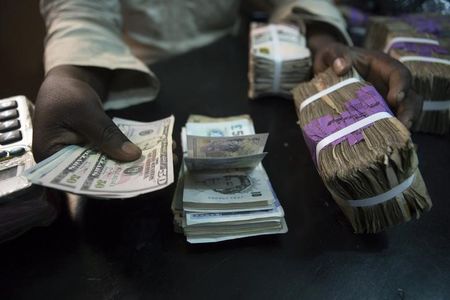 LAGOS (Reuters) – Nigeria plans to raise 90 billion naira ($452.26 million) worth in local currency denominated bond at an auction on Feb. 10, the second of such this year, the Debt Management Office (DMO) said on Thursday.

Both debt notes are reopening of the previously issued bond.

Nigeria is planning to borrow as much as $5 billion to help fund its budget deficit due to the plunge in oil, which has also sent the naira NGN=D1 currency into a tailspin.