Nigerian militants say they blew up oil facilities near Warri 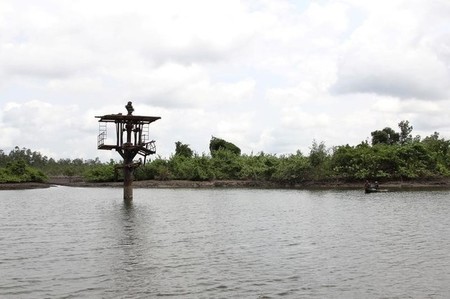 LAGOS (Reuters) – Nigerian militant group the Niger Delta Avengers said on Tuesday it had blown up a Chevron well and oil pipelines near the city of Warri in the country’s southern oil hub.

The group, which says it wants a greater share of oil wealth to go the impoverished Niger Delta region, the source of most of the country’s crude, has pushed production to 30-year lows in the last few weeks through a spate of attacks.

It said it blew up a NPDC (Nigerian Petroleum Development Company) manifold, close to Banta, and two crude pipelines operated by the state oil company NNPC, adding that it also blew up “Chevron Well 10”, close to Otunana flow station. Chevron and NNPC were not immediately available to comment.

A remote manifold platform (RMP) is where small oil or gas pipelines converge before connecting to a larger storage hub.

The statement, carried on the group’s website, said the attacks happened shortly before midnight, but did not make clear whether the strikes were on Monday.

On Sunday the Avengers claimed responsibility for five attacks – the first such claim since June 16. Petroleum ministry sources said in late June a month-long truce had been agreed with militants, but the Avengers said they did not “remember” agreeing to a ceasefire.

(Reporting by Shalini Nagarajan in Bengaluru, and Alexis Akwgyiram in Lagos, editing by David Evans)