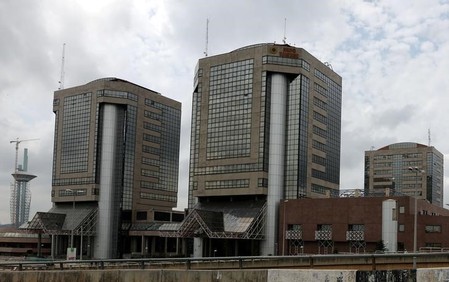 ABUJA (Reuters) – Nigeria’s state oil firm said on Tuesday it had spent $5.8 billion on fuel imports since late 2017, as it combats a fuel shortage that has left people queuing for hours at filling stations and hobbled an already-struggling economy.

“The corporation’s intervention became necessary following the inability of the major and independent marketers to import the product because of the high landing cost which made cost recovery and profitability difficult,” the Nigerian National Petroleum Corporation (NNPC) said in a statement.

The price of gasoline is a highly charged subject in Nigeria, Africa’s largest oil exporter. President Muhammadu Buhari in 2016 raised the top gasoline price to 145 naira ($0.4603) per litre, a 67 percent hike, but did not remove a cap for fear of hurting people on low incomes.

The price cap makes it tough for many importers to profit from gasoline and NNPC has imported as much as 90 percent of the nation’s gasoline needs over the past year. Fuel shortages have gripped much of the country in the last few months.

An economic body that advises Nigeria’s government has been in discussion with the state oil company to determine whether gasoline is appropriately priced in the country, a state governor said last week.

Nigeria’s refining system means it is almost wholly reliant on imports for the 40 million litres per day of gasoline it consumes.

Efforts by Buhari’s predecessor, Goodluck Jonathan, to end expensive subsidies in 2012 led to riots in the streets because the move would have doubled gasoline prices, angering citizens who see cheap pump prices as the only benefit from living in an oil-rich country