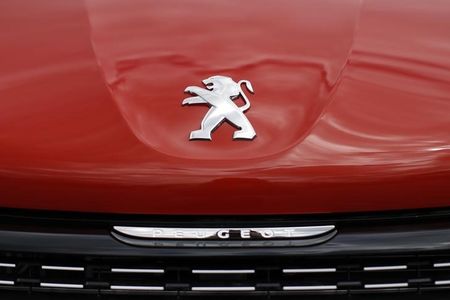 Peugeot Citroen is the technical partner to the Nigerian assembly plant, which has capacity to assemble 240 cars a day, PAN said on its website.

In a statement, the Asset Management Corporation of Nigeria (AMCON) said it owned 79.3 percent of PAN Nigeria Limited, having acquired the stake four years ago after purchasing the company’s debt and taking some as equity.

PAN Nigeria Limited was set up in 1972 as a joint venture between the Nigerian government and France’s Peugeot, with an annual production of 90,000 cars by the 1980s.

But operations nosedived and the company accumulated bad loans shortly after the government sold its stake via a privatisation to local core investors in 2006.

AMCON said PAN Nigeria had assets totalling 24.96 billion naira ($125.43 million) as of December 2014 and equity of 11.98 billion naira, and was seeking investors with experience in automobile manufacturing to buy the stake on offer.

President Muhammadu Buhari is keen to promote a “Made in Nigeria” industrial policy. In November, he met Peugeot’s executive vice president for Africa and the Middle-East, Jean-Christophe Quemard, to discuss the revival of local production.

The government under a National Automotive Industry Development Plan has ordered local car distributors to come up with plans for new assembly plants, along with threats of imposing prohibitive import duties.

U.S. carmaker Ford Motor Co’s partnership with a local car dealer has built its first model in Nigeria at a new assembly plant in November and said it will produce an initial 10 vehicles a day for the domestic market.

The auto market in Africa’s biggest economy has huge potential but only a small number of new vehicles are sold annually because the sector is dominated by imported used vehicles, and the absence of an industrial policy that would encourage suppliers to set up in Nigeria has stunted growth.

AMCON was set up to absorb bad loans from banks after a $4 billion bailout in 2009 rescued nine lenders from collapse. AMCON then bought bad loans at a discount in exchange for government-backed bonds and has since been selling off collaterals against those loans to pay bondholders.