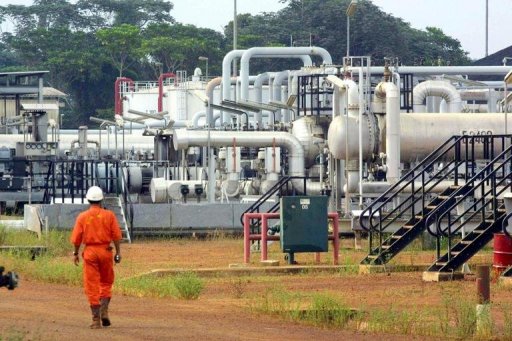 The African nation looks for private investment as it creates infrastructure to grow timber and mining production.

Gabon is making progress with its ambitious strategy of industrializing its economy by 2025, but plunging oil prices may slow its advances.

Gabon’s goal of economic diversification took on new urgency in 2015, when the plunge in oil prices sent shock waves through the economy of the nation of 1.8 million people located on the Atlantic coast of equatorial Africa.

In 2010, Gabon adopted a sweeping Strategic Plan Emerging Gabon, designed to diversify its economy and make its industry more competitive. With 80 percent of its export revenues coming from oil, the country is attempting to increase timber production and mining.

The plan calls for major investments in infrastructure and services to establish the Gabon Special Economic Zone with as many as 10 economic areas around the country.

Forests cover nearly 85 percent of the country and it is home to more than 400 tree species.

In 2010, the government decided to halt exports of raw logs as a way of encouraging domestic processing, which would in turn increase profits and create more jobs. By 2012, about one third of logs were being processed in Gabon.

France is the largest importer of processed wood projects from Gabon, accounting for 42 percent of sales while Asia accounts for 3 percent.

Gabon also created a special economic zone, Nkok, in Libreville, to make it easier for foreign companies to do business in the country.

The Nkok zone attracted 62 investors in 2013, including 40 percent in the timber industry. The number of timber processing factories increased from 81 in 2009 to 114 in 2013 while the number of jobs nearly doubled to more than 7,000.

The boost in the timber sector also resulted in the startup of transportation companies to haul logs.

Mining is another sector that Gabon is attempting to grow.

The economy grew about 4.1 percent in 2015, and the African Economic Outlook projected similar growth in 2016.

According to the IMF, falling oil prices have resulted in a slowdown in non-oil sectors including construction, transportation and services.

The IMF predicted economic growth of only 3.2 percent in 2016, largely because of declining oil production. However, growth in the agricultural sector could help increase the growth rate to about 5 percent in 2017-18.

IMF directors noted that Gabon has made progress authorities in developing the country’s infrastructure since 2010.

They emphasized the need to continue to foster diversification so that Gabon will be less vulnerable to fluctuating oil prices.

As revenue to the government tightens, IMF directors recommended that Gabon officials focus on high-impact infrastructure projects and structural reforms that will increase productivity and improve the labor force.

At the same time, Gabon officials have acknowledged that the regulatory environment could be better for business.

Gabon President Ali Bong Ondimba pledged to “radically improve” the business climate by streamlining the regulatory process for investment through a National Agency for Investment Promotion and with establishment of a National adjustment for Competitiveness Pact to facilitate and speed up establishment of business operations.

Ondimba said the country must encourage private investors to step up as public investment declines.

“We must ensure that everyone plays their part. The government facilitates the business environment and the private sector that invests and recruits. If everyone plays his role, we will (achieve) growth and the creation of 20,000 jobs per year,” he said.

One bright spot for investment in Gabon’s efforts came in April, when AFRICA Finance Corporation, based in Lagos, Nigeria, announced it was investing up to $140 million in the Gabon Special Economic Zone to help fund infrastructure projects including a new mineral terminal.