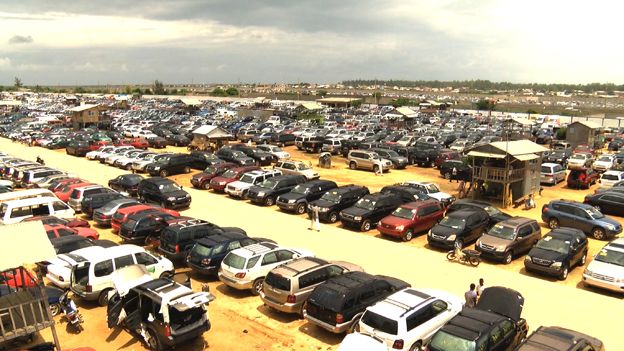 Second-hand cars have been winding their way to African markets for many years. A road trip from Europe West Africa to sell your used vehicle has long been synonimous with both adventure and profits. It has remained uite easyt to find major export-import enterprises that will whisk your used car away to Africa.

Motorization ripe to take off across Africa

In addition to European car makers both North America and the Far East send second-hand vehicles to the continent en masse. The market is thoroughly established today: according to the consulting cabinet Deloitte an overwhlming majority of the 42.5 million vehicles on use on African roads today come from second-hand exports. This trend is likely to increase. Africa is the least motorized region on the planet with only 44 registered vehicles per 1000 inhabitants. The global average on world scale stands at 180 vehicles per 1000 which paves the way for tremendous growth of African market in the future. Demand for used cars is soaring due to an emerging African middle class and an improving economic climate.

Nigeria is the biggest car market in Africa, and is also one of the most affluent in the Sub-Saharan region. The country boasts a population of over 140 million with approximately 40 million currently belonging to the rapidly emerging middle class. While new car sales are slowly picking up across the country, used sales still best those of new vehicles by a ratio of 4:1. In Nigeria, car ownership is seen as aspirational, whereas in the western world only new, high end cars represent a genuine status symbol. However for the burgeoning Nigerian middle class, car ownership itself is a highly coveted distinction. While the highly affluent will choose to buy new cars, Nigeria’s used car market is expected to grow for the foreseeable future.

Benin has dramatically benefited from the of Nigeria car market when Nigeria places high tariffs on the importation of used vehicles far above that of Benin. However this loophole is soon likely to close given that both Benin and Nigeria are working on a single import tariff for the block. Similar to Nigeria, Kenya has a large population and an emerging middle class. Citizens have been readily buying used cars, aided by the country’s strong banking sector that offers attractive lines of credit. In 2015 used cars outsold new cars by a ratio of 5:1, and according to forecasts this ratio is expected to be maintained for many years.

Japan has a strong record of car export, driven by tight environmental regulations and high service costs that incentivise any citizens to sell their car merely after few years. Japanese models such as Toyota and Nissan are fanatically popular across Africa due to reliability, strong 4×4 models, fuel economy and comparatively cheap repairs.

Many of Kenya’s neighbors such as Uganda and Tanzania are also seeing a surge in the second-hand car market. Given that Kenya has the largest port in East Africa it is likely to become the main import hub for Japanese second-hand cars, creating jobs and businesses throughout the region. Ultimately, apart from South Africa and the North African countries the rest of the continent is going to fce with a major increase in demand for second-hand cars over the coming years as economic conditions keep improving. Some estimates suggest that by 2030 car ownership will more than double to reach a healthy number of 90 million registered vehicles.