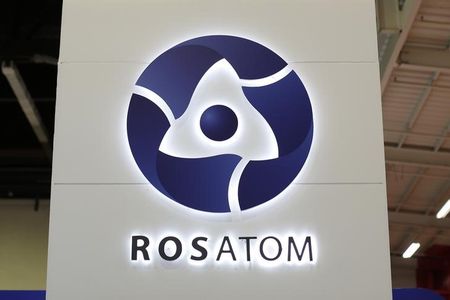 ABU DHABI (Reuters) – Russia’s state-owned nuclear firm Rosatom is in the final stages of talks for a contract to build a nuclear power plant in Egypt, a senior official of the company said on Wednesday.

Anton Moskvin, Rosatom Overseas vice president, said that the deal was expected to be signed by the end of the year.

Speaking on a visit to the United Arab Emirates, Moskvin said construction of the the first reactor of the plant at Dabaa in Egypt’s north would finish by 2022 if a contract was signed by the end of 2015. The contract would involve a loan from Russia to Egypt, he said.

“The sooner we finish the better,” Moskvin said.

“We can start site assessment work next year and then see how soon we can start real site work,” he said.

Egypt has been considering building a plant in Dabaa, situated in the Matrouh governorate, on and off since 1981.

Cairo froze its nuclear programme after the 1986 nuclear disaster at Chernobyl, but announced in 2006 it planned to revive it. Plans for a tender were being prepared when President Hosni Mubarak was deposed in February 2011.

In February this year, President Abdel Fattah al-Sisi said he had signed a memorandum of understanding with Russia for the project.

The Dabaa plant will have four reactors when complete by 2025. Rosatom is currently the only firm in negotations with Egypt over the project.

“There are some 200 people from both sides meeting every month and sometimes twice a month to discuss commercial, technical and other issues,” Moskvin said.

Rosatom is also in talks with Saudi Arabia’s nuclear government body, the King Abdullah City for Atomic and Renewable Energy, over the kingdom’s nuclear plans.

“We are in constant contact with the King Abdullah City, the latest meetings took place in September,” Moskvin said. “Our primary interest there is in a building contract.”

Saudi Arabia and Russia signed an agreement to cooperate on nuclear energy development in June. [ID:nL5N0Z5163]

In 2012, Saudi Arabia said it aimed to build 17 gigawatts (GW) of nuclear power by 2032 as well as around 41 GW of solar capacity. The oil exporter currently has no nuclear power plants.