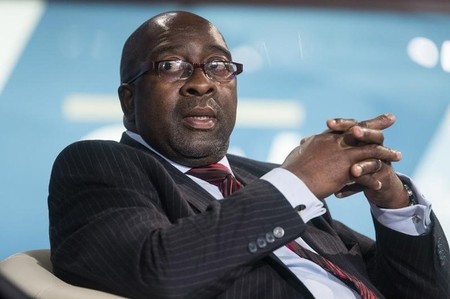 JOHANNESBURG (Reuters) – Former finance minister Nhlanhla Nene has been appointed as an advisor at Thebe Investment Corporation to help roll-out the firm’s growth plan, his second private sector job in a week.

Nene said on Thursday in an interview with Business Day TV that his appointment will be full-time for a term of two years effective from next month.

“This is interesting that I find myself in the public sector again,” he said.

“It’s going to be an interesting journey and provide me with an interesting opportunity of finding a symbiotic relationship between the private sector and public sector.”

President Jacob Zuma fired Nene, who was keen to rein in government spending in Africa’s most industrialised economy, in December, replacing him with little-known David van Rooyen.

Days later, Zuma appointed Pravin Gordhan as finance minister, giving South Africa its third finance chief in a week after a selling frenzy in the markets.