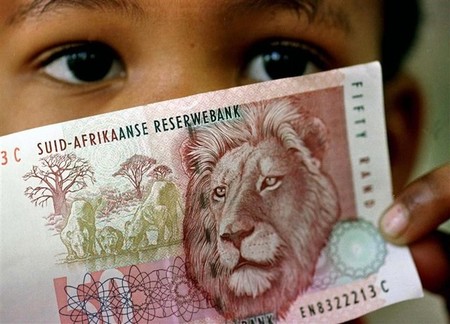 6 May 2016 Comments (0) Africa, Business, Latest Updates from Reuters  Like

JOHANNESBURG (Reuters) – South Africa’s rand weakened against the dollar in thin trade early on Friday as investors positioned for a U.S. jobs report that is likely to provide clues about the Federal Reserve’s monetary policy intentions.

“Trade remains jittery and liquidity thin, so it is not going to take much to send the market running again,” Rand Merchant Bank analyst John Cairns said in a note.

“…The monthly (payrolls) release no longer has the importance that it had a year back but still remains the single most important global economic indicator for the markets.”

A strong number could encourage the Fed to raise rates sooner, lending some support to the dollar.

On the stock market, the Top-40 index was down 0.67 percent, while the broader all-share fell 0.44 percent.

In fixed income, the yield for the benchmark government bond due in 2026 was up 1 basis point at 9.195 percent.