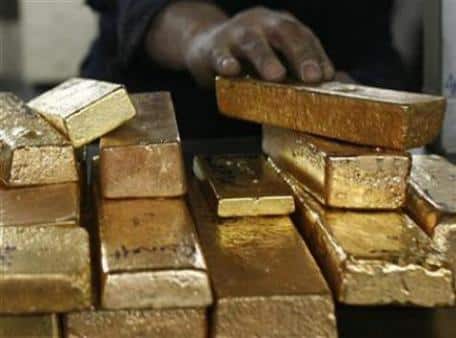 DUBAI (Reuters) – Sudan said it expects to produce 80 tonnes of gold in 2015, its minister of minerals said on Tuesday, topping last year’s record-high production in the war-torn African nation.

“In the first three quarters of the year we produced about 72 tonnes so we are on track for our target of producing 80 tonnes for 2015,” Sudan’s Minister of Minerals Osheik Mohamed Taher told a mining conference in Dubai.

Gold mining is an important part of government efforts to keep the economy afloat after losing three quarters of its oil production — the main source of state revenue and dollars needed to pay for imports — when South Sudan split off in 2011.