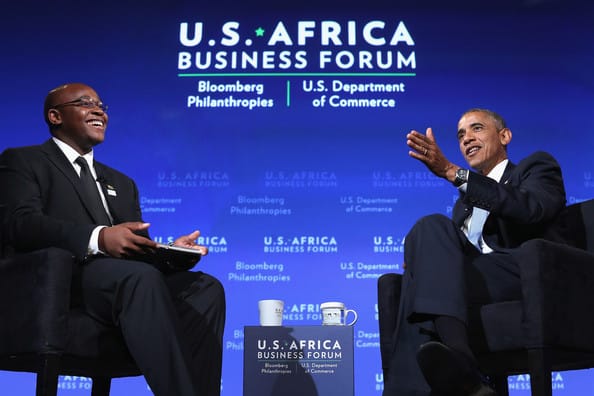 Takunda Chingonzo is one of Africa’s youngest entrepreneurs. Can his technology company and his growing international exposure help to pull Zimbabwe out of the shadow of its government and penalizing trade sanctions?

Takunda Chingonzo is a remarkable person, achieving more in his 22 years than many in their entire lives. He is best known as a start-up entrepreneur, creating three innovative businesses since graduating from high school, but his talents have social enterprise at their core, working to better the future of Zimbabwe through the freedom of technology and information.

After completing his degree in quantity surveying in 2014, he went on to obtain a CISCO certification in network security. Although he does not have a traditional background in business or technical design, it is his entrepreneurial spirit that has been the driving force in his companies and in instigating social change. He has been recognized for his efforts with the Swell Award for Innovation at DEMO Africa, and was one of 100 young people selected to take part in an 8-week internship in the USA following the Mandela-Washington Fellowship program in 2014.

Zimbabwe suffers from a series of trade sanctions and embargoes, designed to restrict governmental trade after a long history of violations of democratic processes and human rights abuses. Everything within the financial trade industry is restricted, from imports and exports to export insurance and credit. Because much of the equipment, services and finances necessary for young African entrepreneurs come from outside the continent, this only works to restrict growth in this sector.

In 2015, Chingonzo was selected to hold an exclusive on-stage Q&A with President Obama at the US-Africa leaders’ summit, which aims to increase the US’s engagement with Africa. He spoke candidly about how trade sanctions are detrimentally affecting businesses and entrepreneurs in Zimbabwe, as well as the political leaders they were supposed to be targeting. He discussed the interest that he received for his projects for importing goods and investment from American companies, which were withdrawn after they found out he was from Zimbabwe. This effectively means the people of Zimbabwe are oppressed twice, once from their government, and again from the punishment designed to penalize the leadership of the country.

Despite this opposition, he has successfully set up Neolab Technology, a multi award-winning startup. Its biggest achievement to date is Saisai, a public Wi-Fi network, designed to bring free internet access to all by installing wireless mesh networks in public spaces and public transportation in Zimbabwe. Chingonzo has described this task as “liberating the internet.” He understands that the internet is the key to progression in Zimbabwe, with free access to information and communication being central factors for people to free themselves from oppression. From a business perspective, he believes that “the internet is the one tool that lowers the cost of doing any form of business,” also showing his commitment to business progress within the country. He went on to say “It provides access to information that people and communities can use to improve and magnify the work that they are already doing. An informed community engages more, innovates more, and, from a business perspective, makes more and spends more.”

Alongside Neolab, he is also the co-founder of NeoEffect, a social start-up working towards empowering underprivileged youths through IT literacy, and is involved with both the MX project and BOOT Africa which promote student start-ups in tertiary institutions.

Chingonzo’s business acumen and commitment to social change seem to be a winning combination. He was featured in the Huffington Post as one of four African innovators you should know about. Last year, he graced the cover of Forbes Africa after making it on to the Forbes “30 under 30” list as part of the continent’s “next generation of billionaires.” The exposure he has received from his interview with President Obama has generated a buzz around his projects, and the burgeoning tech industry in Zimbabwe, while exposing the inequalities in the international relationship with Zimbabwe and its people. Chingonzo doesn’t just represent technology and innovation, but the will of the people of Zimbabwe and their indomitable spirit.