Tanzania plans to cut deficit but raise spending in 2016/17 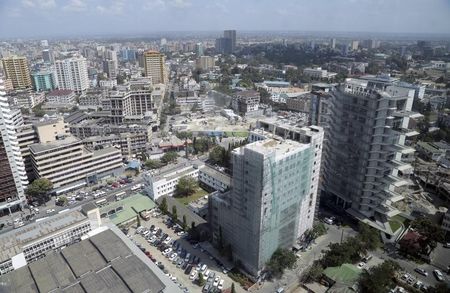 DAR ES SALAAM (Reuters) – Tanzania plans to lift spending on industrial and infrastructure projects but wants to cut the budget deficit, its finance minister said in an outline of the draft budget for 2016/2017, which will be the first under the new president, John Magufuli.

Finance and Planning Minister Philip Mpango presented the figures in a document outlining budget plans for 2016/17 that was presented to parliament on Monday. The detailed draft budget will not be finalised until closer to July 1.

Growth was expected to rise to 7.2 percent in 2016 from 7.0 percent in 2015, Mpango said in his budget draft, making it one of the fastest growing economies in Africa.

The document is the first indication of spending plans under Magufuli, who was elected in October. The former public works minister promised to improve the African nation’s creaking infrastructure and create more jobs.

Under the plans, spending would rise to 22.99 trillion shillings ($10.6 billion) in 2016/17 from 22.49 trillion shillings, but the deficit would shrink to the equivalent of less than 3 percent of gross domestic product from 4.2 percent.

Mpango said the government would hike government revenue collection and find savings through some austerity measures.

Magufuli began his presidency with a series of high profile moves to slash wasteful government spending, such as scrapping official functions, and reining in corruption.

The finance minister said the government would borrow the equivalent of 1.78 trillion shillings, now worth roughly $817 million, from external commercial sources during 2016/17.

Mpango said the goal in the medium term was to hit 8 percent growth.

Financial aid and loans from development partners were expected to fall by 9.3 percent to 2.1 trillion shillings in 2016/17, Mpango’s document said.

Inflation was expected to remain in single digits and fall to 6.0 percent by June 2016 and stay between 5 and 8 percent in the medium term, the minister’s guideline document said. Year-on-year inflation edged up to 6.8 percent in December.

Spending would focus on industrial projects, new infrastructure to improve poor roads and a power shortfall, and a project to start gas exports. Tanzania says it has finalised land acquisition for a liquefied natural gas (LNG) plant.

BG Group, being acquired by Royal Dutch Shell, along with Statoil, Exxon Mobil and Ophir Energy plan to build the plant in partnership with the state-run Tanzania Petroleum Development Corporation (TPDC). They aim to start it up in the early 2020s.