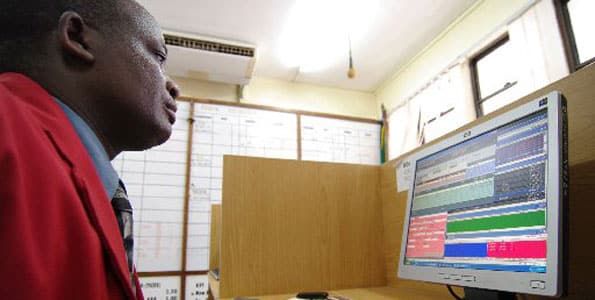 The East African nation will become one of only three on the continent that is owned by shareholders.

Tanzania’s stock exchange is poised to join an elite African club as it finalizes plans for an initial public offering by the end of March.

Only two other African exchanges trade their own stock. The Johannesburg Stock Exchange became self-listing in 2005, followed by the Nairobi Stock Exchange in 2014. But about a dozen more African countries are considering the change.

In Tanzania, the Dar es Salaam Stock Exchange (DSE) has an application for the initial public offering (IPO) pending before the Capital Markets and Securities Authority.

With approval, the stock exchange expects to conduct both its initial public offering (IPO) and self-listing before the end of the first quarter this year, according to Moremi Marwa, chief executive officer of the exchange.

Stock exchange will be owned by shareholders

In this process, the exchange will demutualize, which means it will change from a member-owned entity to become a public limited company that is owned by shareholders. Once the self-listing is completed, the name of the exchange will be changed to Dar es Salaam Stock Exchange Public Limited Company (PLC).

Conversion to a public limited company is expected to strengthen governance of the exchange and enable it to better ensure financial sustainability since it will be able to raise funds through rights issues or bond issues.

This translates into access to efficiently priced funds to finance the exchange’s growth, including investments in new trading technologies, products and services as regional financial markets become more competitive.

The Dar es Salaam Stock Exchange has a market capitalization of 20.8 trillion Tanzanian shillings ($9.5 billion). The exchange has an ambitious goal: By 2017 it aspires to build more than double its market value to equal half of Tanzania’s gross domestic product, which was estimated at $40 billion in 2015.

Last year, the stock exchange scrapped controls on foreign ownership of shares in order to boost demand. As a result, the exchange was Africa’s best performer last year, when it gained 64 percent. Trading in November totaled more than $42 million, according to the African Securities Exchanges Association.

Marwa also said he expects the Tanzanian exchange to add at least five new listings of equities and corporate bonds this year.

Currently, 22 companies are listed or cross-listed on the exchange, which was founded in 1996 and began trading in 1998.

Self-listing by stock exchanges started when the Stockholm Stock Exchange made the change in 1993, followed by Helsinki (1995), Copenhagen (1996), Amsterdam (1997), the Australian Exchange (1998) and Toronto, Hong Kong and London stock exchanges in 2000.

Given the advantages of demutualization, Marwa said more than a dozen other exchanges in Africa are considering initiating the process. There are 29 stock exchanges on the continent.

Despite its growth in 2015, the Dar es Salaam Stock Exchange is dwarfed by Africa’s largest stock exchange, the Johannesburg Stock Exchange with a market capitalization of more than $1 trillion.

Tanzania’s economy is the 12th largest in Africa. It grew by more than six percent in 2015, with infrastructure construction and transportation projects in the run-up to national elections driving economic growth.