How telemedicine promises to change Africa 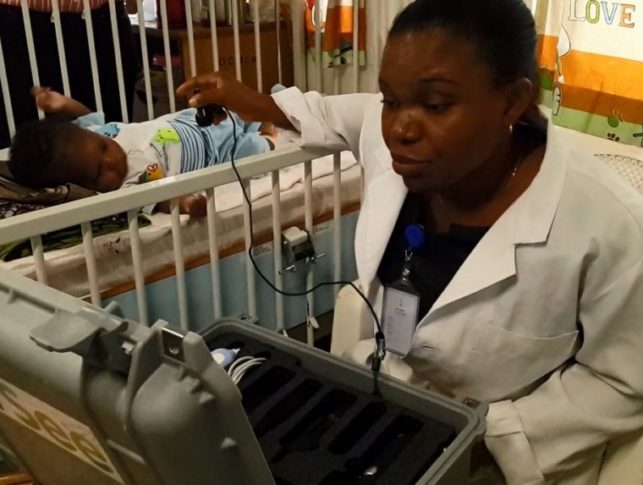 Telemedicine is making a big difference is African disaster zones; however the technology has huge potential to benefit the whole continent.

Technological disruption is rife across Africa. The developing continent is perfect for new technologies to be used in ways that were either impossible or just unnecessary in the Western world. From solar energy to mobile banking, new technologies are helping plug gaps and solve problems at an astonishing rate. In Africa, one lesser known but incredibly important technology is telemedicine, and it’s only just getting started.

In practice, telemedicine is simply the transmission of medical information via modern telecommunications, allowing for remote diagnosis, consultation and treatment. This straightforward concept is finding a broad array of applications across Africa, as the continent wrestles with its unique set of healthcare challenges.

Telemedicine has become a critical tool for medical treatment in disaster and conflict situations. One recently reported example came from doctors working under healthcare charity Médecins Sans Frontières (MSF.) In a recent interview with SciDev.net, MSF Doctor Raghu Venugopal recalled a story about a young girl who had been shot in the hand in war-ravaged eastern Congo. Medical staff on the ground were unsure how to treat the wound, and whether or not they would have to amputate the girl’s hand. Through MSF’s telemedicine “store and forward” consulting services they uploaded photographs and other information about the wound, which were then assessed by specialists overseas. Recommendations were then relayed to the medics on the ground not to amputate, but to remove specific unrecoverable tissues, ultimately saving the girl’s hand.

This is just one such example. Unfortunately, warzones aren’t exactly abundant with top-tier western trained specialists. However through telemedicine services, humanitarian medics and field doctors are able to access expert advice within a matter of hours. Dr. Raghu spoke positively about how quickly MSF’s telemedicine service is being adopted: “What we’re seeing is the time needed for 1,000 cases (on MSF’s system) to accrue, to 2,000 cases to accrue, and then for 3,000 cases to accrue is dropping from years to months, to even shorter periods of time, so we’re seeing very promising uptake.” Additionally, Dr. Raghu commented on how the doctors in the field were highly positive about the service, highlighting the relevance and timeliness of the advice, cost savings and invaluable learning they obtained.

Telemedicine technology has also been a valuable tool in tackling the most infamous African health issue in recent years, Ebola. The highly contagious virus poses an extreme threat to frontline healthcare workers. However, by using robot mounted iPads to examine quarantined individuals, doctors have been able to assess symptoms, communicate with patients and provide treatments while minimizing risk. In a similar fashion to MSF’s service, information on Ebola cases is often relayed to overseas specialists for consultative advice. For those undergoing treatment, telemedicine services also offer the opportunity to communicate with their family and loved ones without risk of spreading the virus. Undoubtedly, telemedicine services are transforming the quality of treatment available in areas of humanitarian crisis. Some African countries are taking note of Telemedicine’s effectiveness, and making moves to implement their own programs on a national level. In May 2015, Kenya announced a collaborative partnership with the German firm Merck Group. Together they are rolling out a new telemedicine scheme designed to connect rural communities in the nation’s east with specialists at Machakos Level Five Hospital, the top referral destination in the country. So far the program has been highly successful, prompting the government to expand the scheme to additional regions. Kenya’s Health Secretary, James Macharia, encouraged other countries in the area to follow suit: “I urge all stakeholders and county governments to invest in telemedicine as a way of bringing specialised services closer to the rural poor.”

Connectivity is key: Google, Microsoft and Facebook can help

While other countries such as Nigeria, South Africa and Ghana have also seen successful schemes take off within their borders, major telemedicine services remain off limits for most African nations. Locked away behind poor broadband infrastructure and financial limitations, the technology will remain scarce, restricted to programs provided by humanitarian organizations in crisis zones, until conditions change.

Telemedicine is already revolutionizing emergency care in disaster areas. The technology also has the potential for remote training and up-skilling of Africa’s healthcare sector. However the biggest change to Africa’s healthcare fortunes will occur when telemedicine services become widely available to rural populations across the continent. Fortunately, this change may be on the horizon. Telemedicine should be able to arrive quickly, riding on the back of major internet rollouts pledged by the likes of Google, Facebook and Microsoft. If this is indeed the case Africa stands to benefit immeasurably.