eTobb brings a medical Q&A service to the Middle East 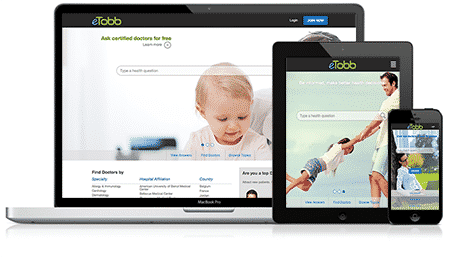 The eTobb startup looks to democratize medical advice for people across the Middle East, with its Q&A online service.

Startup companies in the Middle East are not anything like as common as they are in other parts of the world, and so finding a niche would appear to be more straightforward. However, finding a niche that truly offers something original and has the potential to positively change people’s lives is a far greater task.

Lebanese startup eTobb appears to be just this sort of company. Launched in January 2013, eTobb is an online Q&A platform for medical problems. Dubbed a “medical Quora” in some quarters, eTobb works in a similar format to the popular aforementioned general Q&A website, but with a key difference. That difference is that any medical query or concern that a member posts can only be answered by a registered doctor. Therefore, customers can be assured that the answers they receive are reliable. Within 2 weeks of launching, eTobb had 50 qualified physicians onboard; after 1 year that number had risen to over 700.

Perhaps the most obvious reason for eTobb’s rapid growth is that it has provided a service that the region was in need of, as opposed to simply trying to create a demand for something new. While social media platforms have had to create a yearning for their product, access to medical expertise and advice is something that people across every continent, in every era, have desired.

eTobb was founded by 4 people, Paul Saber, Sara Helou, Nader Dagher and Jad Joubran. None of the team had a medical background, but all of them saw the importance of democratizing the access to healthcare information in Lebanon and the wider Middle East. 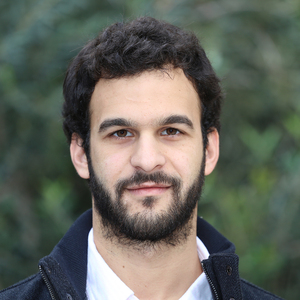 One of these founders, Paul Saber, explains, “The idea emerged from a need…the lack of information out there, let alone the inaccuracy of this information is a huge dilemma.” In a region like the Middle East, this problem is exacerbated by common cultural and socio-economic issues. In cultural terms, it can be considered taboo for many in the Arab world to discuss personal issues surrounding sexually transmitted diseases, pregnancy and women’s health. This was an area that another of the co-founders, Sarah Helou, identified while discussing the importance of an informative blog that eTobb has added to their site, saying, “The blog compliments our services. It’s to raise awareness about different topics and issues.”

The other widespread issue within the region is the cost of healthcare. In an area in which a lot of people struggle with poverty, it is simply not viable for people to travel to an emergency room (which is often the only option) in order to receive medical advice.

While the benefits to users are obvious, it is also an opportunity for doctors to build up a reputation with potential customers and indirectly advertise themselves to a wider market.

Alongside the launch of the eTobb blog (that covers issues from staying healthy during Ramadan to warning signs for breast cancer), the company has also launched a web app for smartphone users.

As more doctors register to provide their services, the platform continues to grow and provide expert, free advice to not just Lebanese citizens but people all over the Middle East. Corporate support has also arrived, in the form of sponsorship, from Banker’s Assurance, one of Lebanon’s largest insurance companies.

By 2014, there were over 15,000 Arabic speakers signed up to a waiting list for an Arabic version of eTobb to be launched. The company successfully launched this option within the same year, opening up their services to an even greater number of people, across an even wider region.

Customers can also have face-to-face video consultations with an available doctor if they require more detailed discussion or simply desire the more personal experience that this can offer. The feedback from users has been hugely positive and Saber says, that people, “from all over the Arab world and beyond” have signed up and messaged eTobb to say how much it has made their lives easier.

With sponsorship, glowing feedback from consumers and an ever growing list of medical professionals signing up, the future for eTobb looks very healthy.