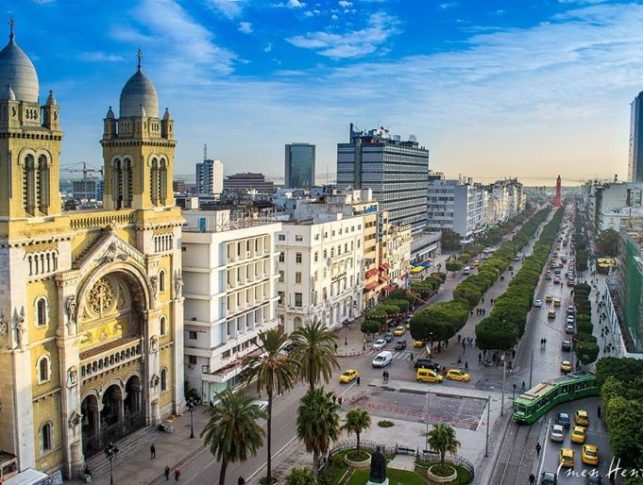 A proposed investment code offers incentives to investment as the country aims to double investment to $2.5 billion by 2020.

Tunisian government officials hope to speed up implementation of a code that the North African nation hopes will make it more attractive to desperately needed foreign investment.

As its economy struggles in the aftermath of the 2011 revolution, Tunisia hopes to double foreign investment to $2.5 billion by 2020.

The Tunisian cabinet recommended hastening adoption of an investment code in February following protests a month earlier over high unemployment that included clashes with police in several towns and the capital of Tunis.

The protests were a grim reminder to the government that poor economic conditions, including high unemployment, prompted demonstrations that ended the 23-year presidency of Zine El Abidine Ben Ali during the 2011 revolution in Tunisia.

The proposed investment code, which must be approved by the Tunisian parliament, is designed to clear administrative obstacles by creating an agency to smooth the way for companies to invest within the country, according to Yassine Brahim, Tunisian minister of development, investment and international cooperation.

The code will include financial incentives for investors, especially companies that intend to export from Tunisia and those that invest in poorer interior sections of the country.

It also will give international investors more flexibility to transfer funds out of the country, Brahim said.

Tunisia already offers significant incentives to potential investors, including a 10-year tax exemption, and, in some locations, state subsidies. The government also created industrial zones and promised significant investments in improving roads and other infrastructure.

The investment is sorely needed as the country struggles with an overall unemployment rate of 15 percent and a rate of 32 percent among college graduates. The country’s economy in 2015 grew by less than 0.3 percent.

Tunisia is generally seen as the one success story from Arab Spring, which also saw violent revolts in nearby Egypt and Libya.

However, Tunisia has struggled to form a government and improve its economy.

In January, economic conditions and regional inequalities prompted the worst civil unrest in the country since the 2011 revolution.

Protest that began in Kasserine in the central part of the country spread to several other towns and to Tunis, where shops were looted and burned. Frustrations ran highest in marginalized rural areas and in poor urban districts of the capital.

Tunisia also lost about a third of its tourism revenues in 2015 after two Islamic State attacks killed 59 foreign tourists.

In February, the government announced that it was preparing a bond issue of up to one billion euros to cover a budget deficit stemming from losses from January’s unrest.

Violence and unrest has kept investors away. An estimated 300 investors have left the country since 2011.

For example, one Bahraini official recently told Tunisian President Béji Caied Essebsi that Bahraini business leaders are interested in investing in the country and a delegation would visit from Bahrain.

However, Khaled Abderrahmen Al Moyed, president of the Bahraini Chamber of Industry and Commerce, also said the business leaders would require “sufficient guarantees” of success to launch projects in Tunisia.

The primary investment sectors in Tunisia are textiles, energy, computer science, corporate services and energy. The largest sources of investment are France, Austria, Canada and the United Kingdom.

An analysis by Santander Bank cited positives about investing in Tunisia, including its strategic location on the Mediterranean, proximity to major European capitals, a well developed social system, qualified workforce, competitive salary levels, and the increasing diversification of it economy. The main negative, Santander said, is a cumbersome Tunisian bureaucracy.

That compares with investment of $2.2 billion in 2010, the year before the revolution.

Joblessness sparks unrest, support for IS

Despite Tunisia’s difficulties, foreign investment has been increasing in recent years.

The economic conditions are believed to be driving many Tunisians into the ranks of Islamic State and other militant groups. An estimated 3,000 Tunisians are fighting in militant Islamic groups in Iraq, Syria and Libya.

The unemployed who are living in the same conditions as before 2011 “are seeing a spark to bring back to life the revolutionary past,” he said.