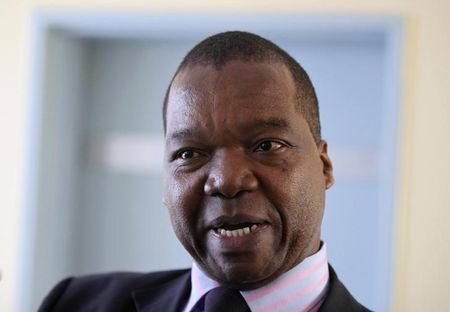 HARARE (Reuters) – Zimbabwe has secured a $200 million loan from Africa Export and Import Bank (Afreximbank) to import maize following a drought that will see 10 percent of the population facing hunger, the central bank governor said on state radio on Friday.

The Southern African nation of 13 million people said early this month it planned to import up to 700,000 tonnes of the staple maize this year to avert hunger as the El Nino weather pattern brings poor rains and affects crops.

“We have arranged a facility of $200 million from Afreximbank and we will be importing from anywhere in the world,” John Mangudya was quoted saying by state radio.

He did not say how much the country would import.

Mangudya said Zimbabwe had 250,000 tonnes in its strategic reserves, adding that the country had enough maize to last until September. Private millers have previously said maize stocks would not last beyond June.

The United Nations World Food Programme said some 14 million people face hunger in Southern Africa because of a drought that has been exacerbated by an El Nino weather pattern.

Zimbabwe’s annual maize consumption is 1.5 million tonnes but the 2015 harvest was half that following another drought.

Agriculture is critical to Zimbabwe’s economy, generating 30 percent of export earnings and contributing 19 percent to GDP, while 70 percent of the population still survives on farming.