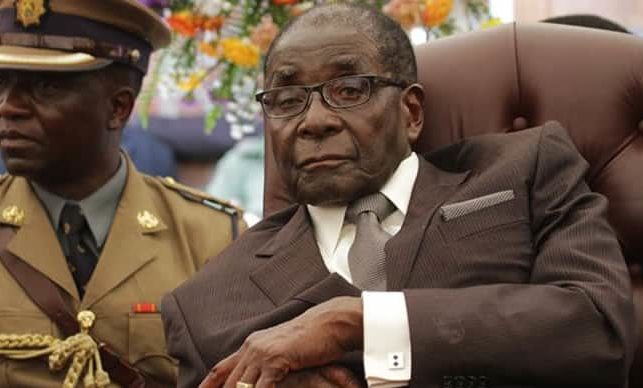 The average age of Africans is 19.5 but many of its leaders rank among the world’s oldest.

Africa has the youngest population on earth, but many of the continent’s leaders rank among the world’s oldest.

In Africa, 200 million people are between the ages of 15 and 24 and the population of young people is expected to double by 2045. The average age of Africans is only 19.5.

The youthful population contrasts with many long-standing government leaders who are in their 70s, 80s and 90s.

The oldest is Robert Mugabe of Zimbabwe, who at age 92 is the oldest leader in the world. Mugabe was elected to his seventh term as president in 2013. Second oldest is Beji Caid Essebsi, 89, who was elected president of Tunisia in 2014.

Cameroon’s president Paul Biya is 83. He has been in power as prime minister and then president for 40 years, making him the longest serving leader on the continent.

In 2015, the average age of the ten oldest African leaders was 78.5, compared to 52 years of age for the world’s 10 most developed countries. U.S. President Barack Obama is 54, Chinese president Xi Jinping is 62, German Chancellor Angela Merkel is 61, and Russian President Vladimir Putin is 63.

Many African nations enacted term limits to prevent leaders from staying too long in office, but leaders both younger and older have sidestepped those laws in recent years.

For example, in Rwanda, voters last year extended the potential term of popular president Paul Kagame, 58, until 2034, dispensing with term limits that would have prevented him from running for re-election to a third term in 2017.

In 2005, Ugandan lawmakers changed the constitution, allowing President Yoweri Museveni to seek re-election in 2006 and 2011. Now 71, Museveni was re-elected again this year.

In Burundi, the re-election to a third term of president Pierre Nkurunziza, 52, sparked protests by those who said it went against the country’s limit of two five-year terms.

Not all of Africa’s long-serving presidents are old. Joseph Kabila, now 44, has been president of the Democratic Republic of the Congo since 2001, when he took office after the president, his father, was assassinated. Kabila was elected in 2006 and re-elected in 2011.

An election is scheduled in November in the Democratic Republic of the Congo, and term limits could prevent Kabila from running for another term. However, the government has suggested the election may be delayed because of logistical problems, sparking protests as the opposition charges Kabila is maneuvering for another term.

Leadership may be out of touch

David E. Kiwuwa, an associate professor of international studies at Princeton University, said the aging leadership is out of touch as the youth population grows.

“With the burgeoning youthful demography at the bottom, the political top is a disturbingly graying lot,” Kiwuwa said.

He said while some African leaders survive by intimidation, others command the loyalty or even reverence of the public because they have been in office for so long and are seen as “fathers of a nation.”

He said the dominance of aging leaders has prevented younger, more creative leaders from emerging even as Africa’s population has grown younger.

“Why is Africa saddled with leaders who ought to be enjoying their retirement in peace and quiet?” Kiwuwa asked.