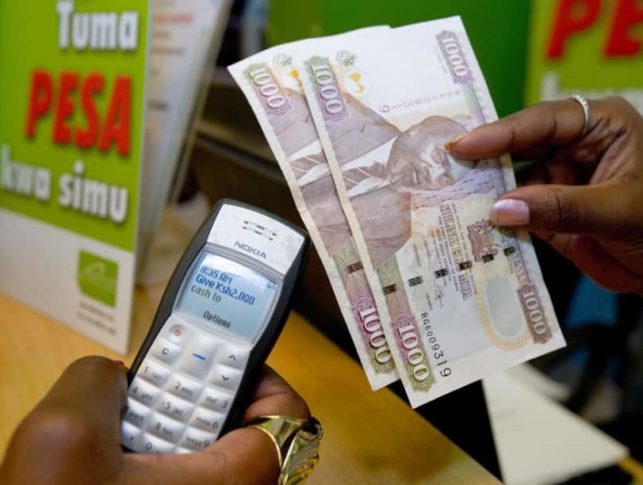 A top East African bank competes with a major telecom in Kenya as mobile banking booms.

Banks in Nigeria, Cameroon and Mali are making similar moves to tap into the continent’s mushrooming market in electronic payments.

In 2014, mobile money transactions generated $656 million in revenue in sub-Saharan Africa and that amount expected to double to $1.3 billion by 2019, according to the research firm Frost and Sullivan ICT.

In much of the world, banks are the leading providers of electronic payment services. But in Africa, where more people have mobile phones than have bank accounts, telecommunications companies have been able to dominate the market.

According to the World Bank, fewer than 25 percent of Africa’s 1.4 billion people have a bank account while 40 percent have a mobile phone.

Now, Equity Bank, Kenya’s largest in the number of customers, and other banks want to tap into a growing market.

Equity has begun providing its clients with a super thin SIM card overlay that enables them to access their accounts on their mobile phones.

Equity Bank contends that market should belong to the banking sector, not the telecoms.

“We have a major problem with the mobile provider also providing financial services,” John Staley, the bank’s chief of finance, innovation and technology said. “You cannot have the freight company controlling the tracks.”

Safaricom is the Kenya subsidiary of the global telecom colossus Vodafone Group, based in the United Kingdom.

Launched in 2007, M-Pesa has more than 12 million active users and processes more than $18 billion in transactions yearly.

The launch of Equitel follows a yearlong legal battle in which Safaricom raised questions about the security and privacy of Equity Bank’s SIM card plan. A Kenyan court ruled in favor of Equity, enabling the project to move forward.

Meanwhile, in Nigeria, GT Bank is partnering with Etisalat Nigeria, the nation’s third largest mobile operator to create GTEasySavers, a savings account that can be opened on a mobile phone.

Mobile banking is not as large a market in Nigeria as it is in Kenya. But with mobile penetration of 80 percent and only 57 percent of adults lacking bank accounts, it may be poised to take off.

The mobile market in West Africa is growing. It was valued at $17 billion in 2014 by the market research company Ovum. Mobile data revenue totaled $3 billion, up 30 percent from the year before.

Pan-African Ecobank is partnering with the telecom Orange Cameroon to enable Orange customers with Ecobank accounts to transfer money between the two services. The companies have launched the service in Cameroon and Mali and plan to extend it to Ivory Coast, Guinea Conakry and Niger.

Orange Money is currently available in more than a dozen countries in the Middle East and Africa. With over 16 million customers, the service transferred about $9 billion in 2015.

South Africa, where 75 percent of the adult population has banking services, provides a contrasting example of poor demand for a telecomm payment platform.

In May, Vodacom, a Vodafone subsidiary and the country’s largest mobile network, announced it was terminating its effort to attract South Africans to M-Pesa after the service failed to catch on in the continent’s most economically advanced nation.

The company had hoped to sign up 10 million South African users when it launched M-Pesa in 2010. However, by 2015, only one million people had signed up and only 76,000 were active on the platform.

“The success factors for M-Pesa in Kenya were not present in South Africa,” said Arthur Goldstuck, managing director of the technology research firm World Wide Worx.

Usage grows in other countries

Vodacom CEO Shameel Joosub said the company saw “little prospect” of M-Pesa being successful in the near term. The service will end June 30.

Vodacom said it would continue to offer M-Pesa in markets where banking access is more limited and M-Pesa usage is growing, including Mozambique, Tanzania, Lesotho, and the Democratic Republic of the Congo.

In Kenya and other countries where mobile transactions are popular, consumers likely will benefit from new competition in the e-money marketplace, according to a consultant with the World Bank.