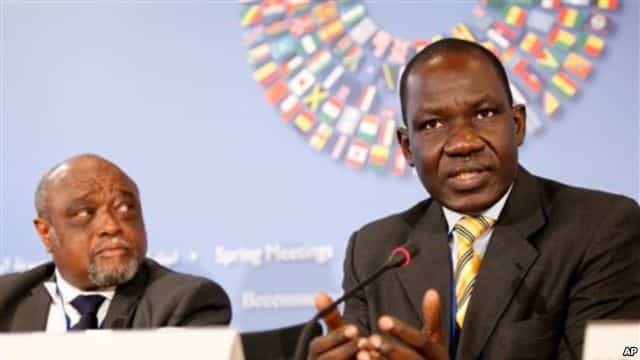 Cameroon’s Finance Minister has energized the country’s economy through reform, infrastructure developments and his own determination.

Cameroon’s Finance Minister, Alamine Ousmane Mey, has been lauded as a brilliant fiscal tactician, a shrewd manager and a facilitator of new business enterprises. Earlier this month, Mey was recognized as Finance Minister of the Year at the prestigious African Banker Awards 2016. The honor is well deserved. While not everyone will have heard of Mey, he is the mastermind driving Cameroon’s fast developing economy, and his recent award gives credit to an exceptional career.

Born in Kousseri in 1966, Mey grew up in an upper-middle class family. He later gained a solid financial education by studying abroad in Germany, Belgium and Turkey. Mey studied electro-technical engineering alongside banking, which bestowed him with a keen understanding of modern economics.

Upon his return to Cameroon in 1993, Mey obtained a job with the CCEI Bank, which later evolved into Afriland First Bank. He rose swiftly through the ranks, and in 2003 he was appointed General Manager of Afriland First Bank, which was the only non-foreign owned private financial institution at the time. Mey quickly ushered in a new era of success at the company. Afriland had a key role in financing the Cameroonian economy and driving consumer spending. In 2010 the bank issued the equivalent to US$ 567m in credit, an astronomical amount by regional standards. Under his leadership the bank saw rapid growth, and quickly became one of the major banks in the region that still enjoys a strong international reputation to this day.

Mey’s successes at Afriland bank did not go unnoticed. In 2011 he was offered the role of Minister of Finance, despite no previous government experience. He quickly undertook a range of financial reforms which increased real term government revenues and cracked down on misspending. He also refocused government investment towards sustainable projects that have driven growth in the economy.

Mey has carefully borrowed money to finance key infrastructure developments outside the capacity of the government budget; this has been a particularly astute move, as the loans have been used to target under-developed sectors of the economy with high potential gains, both in monetary terms, and for the people of Cameroon. He highlighted his strategy saying, “Yes, we will borrow, but we will focus on life-changing projects.” In doing so, Cameroon has grown its economy, while comfortably servicing the loans which kick-started the process. 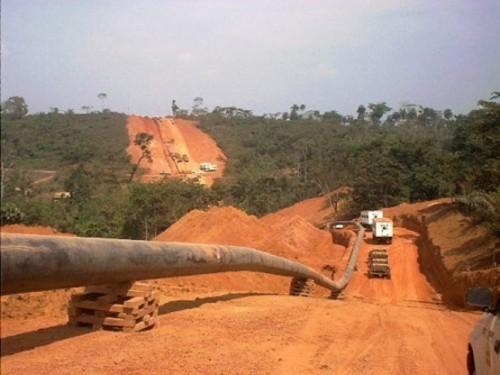 Mey has since has earned a reputation as an expert in putting together and overseeing ambitious projects incorporating multiple parties. One such example was the recent completion of the $86m Lom Pangar Pipeline modification. This complex infrastructure scheme was cost-shared between the Cameroonian government, the World Bank, and the contractor COTCO who undertook the project. The scheme has been heralded as a great success as it was finished safely, on time and under budget, while indirectly benefiting thousands of local Cameroonians. Christian Lenoble the general manager of COTCO, praised the efficiency of the working relationship: “The collaboration between the project and government was superb. To me, it was a key factor in our success in completing our work on time and within budget.”

Before Mey took the helm, Cameroon’s growth stood at a middling 3.3% in 2010. Since Mey took over, the economy has grown year on year and is estimated to hit 5.5% for the financial year 2015. This performance is particularly impressive when considered against both international and regional trends. Many of the world’s nations have struggled to achieve any meaningful growth since the financial crisis. Similarly, many of Cameroon’s neighbors have posted disappointing growth figures in the years 2014 and 2015, largely due to falling global commodity prices or political instability. Cameroon has bucked both of these trends, thanks in part to its economic diversification. Initially, strong commodities exports allowed Cameroon to shrug off the worst of the global financial crisis, but Mey realized the economy was still vulnerable. Under his counsel, the government implemented diversification schemes to develop the construction, agriculture, transport and energy sectors. The fruition of these strategies has allowed Cameroon to largely sidestep the commodities crash, marking another success for the Minister of Finance.

No one would disagree that Cameroon still faces big challenges ahead, but Mey is not one to rest on his laurels. He is committed to meet a range of development targets set by the IMF, and given his past achievements, there is a very good chance of him doing so. Ultimately, the future of Cameroon’s economy appears to be in the strongest of hands.