Challenges include lack of knowledge of stock investment in the domestic market, lack of liquidity in investments and competition from more traditional investments.

Algerian officials are looking for ways to boost investment in the country’s stock exchange, which is one of the world’s smallest.

The relatively young exchange, based in Algiers, lists only four companies and has a capitalization of less than $140 million.

Officials hope to increase the capitalization to $1 billion in 2016 by listing additional companies.

The stock exchange faces several challenges, including lack of knowledge of stock investment in the domestic market, lack of liquidity of investments and competition from more traditional investments.

A recent initial public offering by the Algerian pharmaceutical company Biopharm had a lackluster start, raising only $6 million in its first week, far less than the $5.5 billion, or 20 percent shares in the company, on offer.

According to experts, Biopharm has clear advantages as an investment. It operates in the health sector, which is expected to grow as the population ages. It has a solid record of financial results, including net revenue of $32 million in the first three quarters of 2015 and promises a return of 14 percent.

Stock market is seen as a novelty

Investing in the stock market is a relative novelty in Algeria, which only established the exchange in 1999. Instead consumers favor more traditional investments, such as real estate, which are seen as more stable and safe. Another popular investment is to convert Algerian dinars to Euros, which in recent years has yielded higher returns than the Algiers-based stock market.

Another problem is the lack of liquidity of stock investments. Given low consumer interest in the exchange, it can be difficult for those who want to sell to quickly find stock buyers.

The Saudi market capitalization is $570 billion, or about one percent of the world stock market and larger than the main market in Russia. The exchange is highly liquid, with a daily trading volume of $2.5 billion, making up 65 percent of the trading in the entire region. 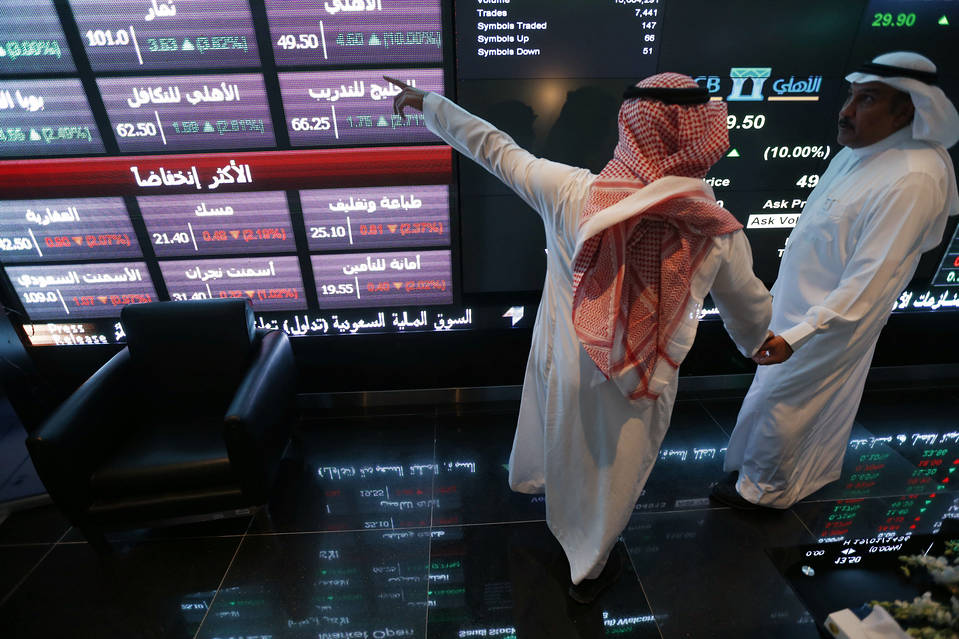 The Saudi exchange, which has issued several initial public offerings, opened to foreign investment in 2015. The exchange is primarily geared to larger foreign investors in order to promote stability.

Other large exchanges in the region are in the United Arab Emirates, with a market capitalization of $245 billion, and in Qatar, where the stock market is capitalized at about $200 billion.

Algeria’s neighbors also have active stock exchanges. Morocco’s exchange is capitalized at approximately $48.8 billion with 77 companies listed. Tunisia’s exchange has a market capitalization of $9.2 billion with more than 70 listings.

Some have said the Algerian government should be doing more to promote that nation’s stock exchange.

Benkhelfa stressed “the need for synergy and dialogue among the organizations to give more credibility to the financial market.”

The minister said the stock exchange needed to be modernized with improvements in company transparency, including regular publication of their financial statements, and efforts to improve competitiveness. He appealed to Algerian companies to join the market to fuel their growth.

He said the upcoming listings of Biopharm in April and of Aïn Kbira of Sétif, a cement company, in May, would help boost the market’s value significantly.