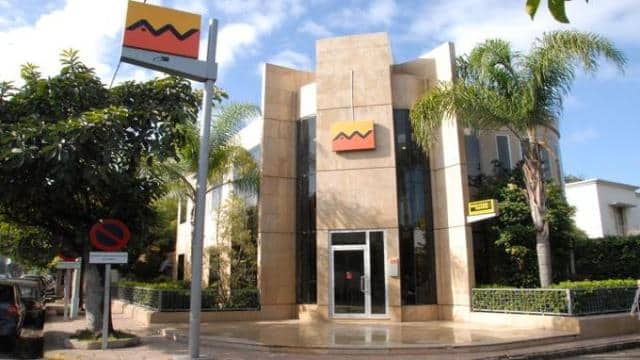 The African Development Club, launched in February by banking giant Attijariwafa, promises to be an exclusive club providing members with access to a platform connecting developers and investors.

Morocco’s largest bank, Attijariwafa, has recently announced a new development forum called the African Development Club. This club was created by the Casablanca-based institution to provide developers and investors with a platform for meetings and exchanges across the continent. Since January 25th, representatives from Africa’s biggest banks have crisscrossed the continent, presenting this new initiative to the leaders of Africa’s most substantial companies. Attijariwafa Bank is the largest bank on the continent in terms of branches: 3,400 outlets across the continent. The bank is often recognized for its ability to connect Morocco with greater Sub-Saharan Africa through trade relations. It is for this reason that Attijariwafa was able to create its own think tank.

Going Their Own Way

Attijariwafa Bank is more than 100 years old, has more than 6.8 million customers and employs more than 16,000 Africans across the continent. As part of the King of Morocco’s holding company, Attijariwafa has unprecedented access to Moroccan business opportunities–which is why Attijariwafa was so well equipped to launch this exclusive development group.

At the 2015 African Development Forum, hosted by Attijariwara Bank, Mohamed Kettani said that “South-South cooperation is vital. So we must create larger, cross-frontier trading spaces. We have to make the most of the mutualization and the complementarity of our resources and our economies. But we can’t do it without the North, because today in Morocco we are meeting international investors, from Europe, the US, and Asia, who are making Morocco a platform where part of the value is created in Morocco, another part in the North, and a third part in the countries south of Morocco.” Instead of waiting for change to happen, Kettani took matters into Attijariwara’s capable hands.

In December of 2015, the African Development Club was launched: Kettani promoted it as “an open African community whose purpose is to build an inter-priority network of decision makers and economic operators, development opportunities generator and reflections on trade and investment on the continent.” By creating a network of businesses, Attijariwafa is doing what many believe African governments have failed to do in the past: inspire real development through cross-continental economic ties, unhindered by the weight of political relationships. Perhaps unsurprisingly for a club developed by a financial institution, this club will only be open to those willing to pay.

Getting Down to Business

Mounir Oudghiri, director and general manager of Attijariwafa’s Senegalese subsidiary, explained the African Development Club as “a kind of Bluetooth, a private network open to those who want to be a part. This is an accelerator and integrator of mastering the best information possible to speed up the business.” The club gives access to more than 30,000 of Africa’s most influential business people. Not only will this group make use of its existing strengths, but it aims to provide vocational training for emerging business experts. Attijariwafa Bank prides itself upon its educational opportunities for its thousands of employees. As a self-designated pan-African bank, ensuring that all employees, from all backgrounds and regions, are up to par with their international counterparts is of the utmost importance. It stands to reason that Attijariwafa would similarly emphasize the importance of capacity building between and amongst club members.

The club will also provide its members with a database of potential connections in more than 180 countries and is primarily aimed at business leaders, the influential and the wealthy both inside and outside of Africa. Attijariwafa has strategic partnerships with several Chinese banks, and as China’s investment in Africa grows, this can only be a promising region of investment for the business savvy. By working across state borders to forge economic ties, members of the African Development Group will be able to draw upon the experience and various fields of expertise of their peers, thus giving way to a rich business environment.

There are, of course, a variety of potential flaws to this plan: by requiring members to pay a fee to belong, budding entrepreneurs without the capital to cover the costs will be excluded. This threatens to widen the income gap between the wealthy elite, who will be members and thus have access to an enormous number of important individuals and businesses, and small businesses that have thus far been excluded from development. If the members of the African Development Club choose to invest in their communities–be it through a micro-lending program, infrastructure development or encouraging young people to stay in school with vocational training incentives–then this club could very well change the face of development in Africa.