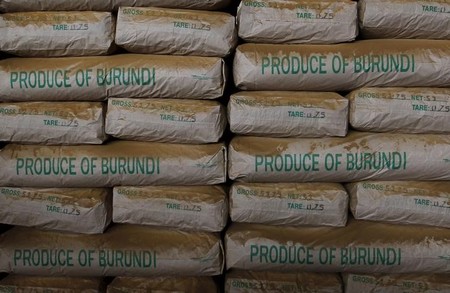 KIGALI (Reuters) – Tax revenues in Burundi rose by almost 13 percent last month compared with a year ago, official data showed on Monday, a boost for the economy following a year of unrest linked to the re-election of President Pierre Nkurunziza.

More than 450 people have been killed in violence and more than a quarter of a million people have fled to neighbouring countries since Nkurunziza was re-elected for a third term in the small east African country in what the opposition said was a violation of the constitution.

A strong inflow from domestic taxes as well as modest revenue from coffee and tea exports have become vital for the aid-dependent country, particularly since Belgium and the European Union, key donors, cut external aid over the past year.

Tax collection rose to 50.2 billion francs ($30.32 million), up from 44.7 billion francs collected in July 2015 and well up on the target of 47.1 billion francs, the semi-autonomous revenue authority (OBR) said in a report.

Political unrest held back tax collection last year. Recovery of tax arrears had helped tax collection this year and the fight against tax evasion had been more effective, officials said.

“The OBR reiterates its commitment to continue its mission of maximizing tax collection to support the country’s economy,” it said.

In the 2016 budget, the government foresaw grants falling by almost 50 percent compared to 2015.