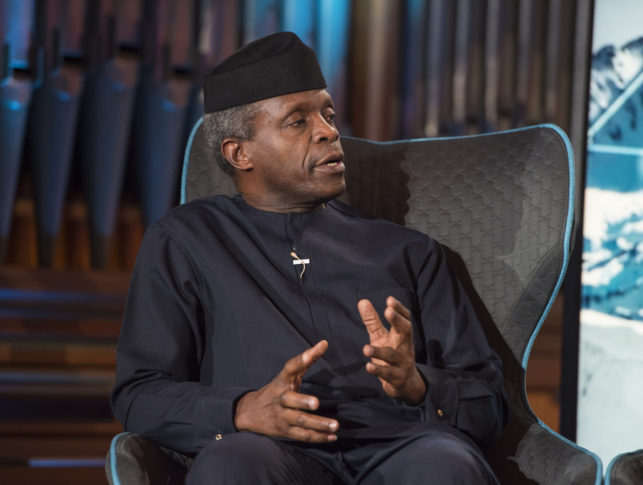 Foreign investment dropped in Nigeria with the fall of oil prices three years ago, but they have started to return thanks to reforms made recently by the Nigerian government. Earlier this year, Nigerian Vice President Oluyemi Osinbajo, acting for President Muhammadu Buhari during his medical leave, signed several executive orders aimed at improving business processes under the acting authority of the Presidential Enabling Business Environment Council (PEBEC). As part of a government bid to bring back foreign investment, changes to port procedures, business registration, and certificates for importing capital, have been declared.

According to the Oxford Business Group, a key factor of the reforms was a move to tighten operations at Nigeria’s ports by reducing the number of agencies needed to clear cargo, creating single checkpoints for goods in transit, and banning non-official workers from the area. In the past 14 agencies were required to clear cargo at the port, but this has been reduced to seven. Now these seven agencies must act as a single task force, at a central location, and payments must be made through the Corporate Affairs Commission website (CAC). Only on-duty personnel will now be allowed in secure areas at ports and airports. The government hopes these reforms will quicken processes at entry points, and curb bribery and corruption.

Another way in which the reforms hope to dissuade corruption in the country is by making processes more transparent. Business registration will now be automated through the CAC website, via an online payment transfer, and all state agencies are required to publish a list of fees and conditions for business registration and license applications online. These agencies must also publish a set time-line for applicants, and if a response is not given in time, the application will be approved by default. In the past, new applications had to be made by visiting the country. These changes to the system mean investors can now register their business without having to come to Nigeria, saving both time and money.

According to Reuters, the central bank of Nigeria recently announced plans to issue electronic certificates for capital imported into the country, which will also save investors a lot of hassle. The electronic certificate will replace the hard copy issued previously, which investors or companies were required to get in just 24 hours, according to a 1995 law. The certificate is a declaration that the company has invested foreign currency in Nigeria and is necessary for the company to repatriate returns on those investments. Investors have complained in the past, that they have struggled to meet the one-day deadline.

With a population of 180 million, Nigeria is still an attractive place for investment, however implementation and operating costs are high, and security within the county remains an issue. The country ranked 169th out of 190, in the 2017 World Bank ‘Doing Business’ survey, an improvement of one place from 2016, but a drop of 50 places in the last eight years. For starting a business, the country ranked 138th, for getting a construction permit, 174th, and for registering property, 182nd. The World Bank listed eight areas for improvement: starting a business, construction permits, getting electricity, getting credit, registering property, trading across borders, paying taxes, and the entry and exit of people across borders.

The International Monetary Fund (IMF) which said much more needed to be done to raise Africa’s biggest economy out of recession in March, has praised the new reforms. According to the Oxford Business Group, the IMF lauded Nigeria’s commitment to improving business transactions and investment inflows, and noted that the central bank’s foreign exchange trading window was a boon for investors. Investors needing to settle trade-related requirements in US dollars could now do so by phone, and at rates set by the buyers and sellers themselves, rather than by the bank or the market. The IMF said the moves would curb the market premium and push foreign reserve levels above the $30 billion mark. As dollars have been in short supply in Nigeria since the oil price drop, the country has had to look at new ways to attract foreign investment.