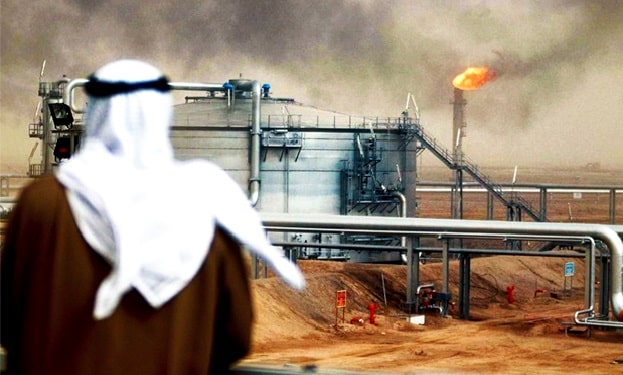 The six primary Gulf state producers all figure among the top 10 per capita energy consumers worldwide. While awareness is high among the producers that the subsidies desperately require reform, steps toward actual reform are gradual. Qatar, where gasoline and electricity subsidies are highest, is number one on the list, with 18,500 kg oil-energy-equivalence per capita, a level of consumption almost three times that of the USA or England.

Gas is so heavily subsidized in the Gulf States that consumers in Europe and America must find the prices shocking. Qatar, Bahrain, and Kuwait are all under $0.30 per liter as of the time of this writing. Although low fuel prices obviously bring about a trend of excessive and wasteful consumption, the big six producers’ lethargic reforms are not driven by a sense of urgency. Starting mid-2014, Qatar, Bahrain, and Kuwait raised diesel fuel prices by 50% with no fixed index, but rather with prices remaining a function of world market prices. Saudi Arabia has yet to establish any price reforms.

GCC governments could once afford to subsidize energy prices and this works against reform today. When a falling oil price reduces profit there is additional resistance to subsidy reform. While in theory reducing subsidies should serve to diversify the industrial base of a country, it is not clear that this is a strong motivational force among the actual producers. After all it is a competitive force at work against reform. Awareness of other important factors is high, such as depletion of energy resources, damage to the environment, and slowed economic growth. But awareness does not lead to discipline, and energy consumption in the big six is higher than ever.

Less than $0.01 per kilowatt hour in Kuwait

Approximately half of the subsidies are for electricity, and the growth rate in consumption of electricity here is approaching 10%. In Kuwait for example, the price of electricity is fixed at less than $0.01 per kilowatt hour. According to energy think tanks such levels of subsidisation and consumption are absolutely unsustainable. However with electricity consumption divided almost equally among commercial and residential interests, there is stalwart resistance to reform these programs which cap prices and keep consumers happy.

In countries like Saudi Arabia and Iran, subsidies for energy consumption are up to two to three times their expenditures for education and health care. Tempting though it may be to view this as a window on the way a society prioritizes its use of valuable resources, it is instead a residential consumer base of individuals devouring 58% of available electricity. Reduced air quality and other forms of environmental impact do not as yet serve to dissuade individual consumers from excessive use.

Perhaps the most substantial step forward is United Arab Emirates’ announcement to deregulate transportation fuel prices in 2015. This makes UAE the first to eliminate price controls, and to take an extraordinary measure toward subsidy reform. This year with falling oil prices all of the GCC nations are under new pressure to institute subsidy reforms, especially in Saudi Arabia, where pre-tax energy subsidies to fiscal expenditure were more than 10% last year.
As OPEC and IMF predict oil prices to remain below 2014 levels for at least the next five years, subsidy reform is clearly the mandate among the GCC nations. With consumption accelerating, the depletion of oil reserves and an inflationary rise in the cost of living may leave these energy-rich nations no alternative.