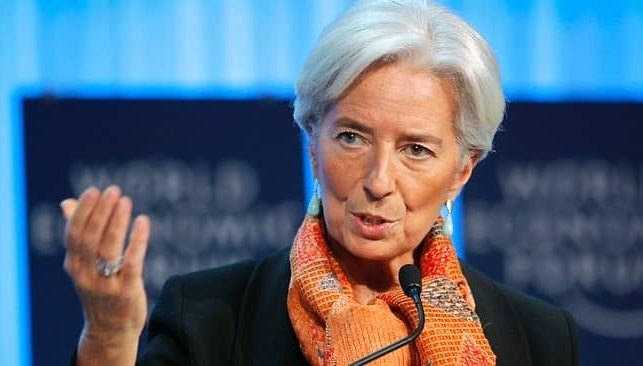 Speaking to a conference of Arab economic officials, Lagarde, recently given a new five-year term as IMF chief, said: “Oil prices have fallen by two-thirds from their most recent peak but supply and demand-side factors suggest they are likely to stay low for an extended period. The size and likely persistence of this external shock means that all oil exporters will have to adjust by reducing spending and increasing revenue.” However, she was cautiously optimistic, arguing that most of the GCC countries have the scope to pace their adjustment over several years and limit the impact on growth.

Oil prices have plummeted from their summer 2014 highs of $115 a barrel to the low $30s. Lagarde argues that the oil-reliant Gulf States’ ability to survive the drop will rely on greater taxation and fiscal reforms. She called for the introduction of value-added tax, “ideally a harmonized regional VAT”, commenting that “even at a low single-digit rate, such a tax could raise up to 2% of GDP”. She also called for a greater weight on corporate and personal income and property and excise taxes to increase revenues, as well as bringing energy subsidies to an end. She also called for the diversification of the economy away from oil, for example by adding incentives for entrepreneurship and boosting private sector employment.

Lagarde’s comments follow the IMF’s Regional Economic Outlook report of the MENA economies, which was a brutal assessment of the slowing growth and effect of low oil prices on the region. The IMF has also cut economic growth forecasts for the oil-exporting Gulf States to 3.4% this year, as it reports that last year MENA oil exporters as a whole lost more than $340 billion of revenues (equivalent to 20% of their combined gross domestic product).

While Kuwait, Qatar, and the United Arab Emirates have strong enough fiscal buffers to last for twenty years, Oman, Algeria, Saudi Arabia, Bahrain, Libya, and Yemen are in a worrying situation, with only five years of fiscal buffers left. Masood Ahmed, the IMF’s regional director, comments: “GCC countries have sizeable buffers — most of them can finance substantial deficits for four to five years. But will they want to use buffers … to continue running large deficits?”

But it is not all bad news. The share of GDP of the non-oil sector is rising, up by 12% to 70% between 2000 and 2013 in the GCC countries as the UAE, Kuwait, Qatar, Bahrain, Saudi Arabia, and Oman all put in place strategies to promote non-oil trade, attract more foreign direct investment, and begin to lift subsidies.

Diversified economy in the UAE The UAE has one of the most diversified economies in the region. Non-hydrocarbon revenues account for 75% of GDP and 80% of total export revenues. Retail and real estate sectors are showing strong growth driven by wealthy ex-pat domestic demand. And tourism, encouraged by the country’s position as a safe haven, is expected to grow further with Dubai Expo 2020.

The food and beverage sector is also looking strong. The UAE has invested $1.4 billion in the food processing industry since 1994, and it continues to expand the halal food segment which is projected to grow to $1.6 trillion by 2018.

IMF recommendations are also making it easier for some governments to implement painful reforms and cuts which could lower their citizens’ living standards. Bahrain has planned a series of austerity cuts under the cover of IMF recommendations, introducing VAT, cutting spending on social transfers, removing domestic subsidies for meat and cutting them for gasoline, and freezing public-sector wages. The country is also trying to boost revenues from tourism, light manufacturing, and services industries.

The IMF is also playing an increasingly important role in Kuwait, where it has helped the government design a broad-based tax system, and introduce VAT and a business profit tax.

Oman aims to be a logistics hub for the region

Oman is traditionally dependent on oil to fund its national budget, currently accounting for 77%. But in 2015, sales fell 35%. And while Oman’s leaders have been discussing the diversification of the economy since the 1990s, it has always been put off for a later date, and today the country has almost no manufacturing or agricultural production.

However, the country does now have plans to develop manufacturing, transportation, and tourism sectors. And the government is building a huge port at Duqm, on Oman’s central coast, in an attempt to become a logistics hub for the region. This would provide an alternative shipping route for oil exports from Iran or Iraq as well as for manufactured goods. Good plans, but now we need to see some action.

Saudi Arabia is similarly reliant on the oil sector, currently accounting for 85% of its budget revenues. And although finances are buffered by huge reserves of foreign currency, they can only last so long if the government continues to sell them at speed to finance spending and its fight with US oil producers. Benefitting from a surplus of 6.5% of GDP in 2013, by 2014 that figure was a deficit of 2.3%. And the struggle looks set to grow in importance over the coming years as the number of working-age Saudis is predicted to hit 4.5 million by 2030.

As part of its diversification program, the government plans to invest in transport infrastructure, energy, utilities, and housing. The Kingdom’s Unified Investment Plan also seeks to boost investment and further investment in education to improve the Kingdom’s competitiveness. A McKinsey study has also highlighted eight sectors with potential — mining and metals, petrochemicals, manufacturing, retail and wholesale trade, tourism and hospitality, health care, finance, and construction. It believes that investment in these areas will enable Saudi Arabia to double its GDP and create as many as six million new jobs by 2030.

In Qatar, economic diversification of the non-hydrocarbon sector, particularly focused on manufacturing, chemicals, and services, is estimated to have grown 11.3% in 2014. As Lagarde commented last November: “A non-oil GDP growth of more than 10% is impressive.” Qatar has also announced plans to scale up petrochemical production, and private sector credit growth is being driven by growing construction and real estate.

Driven by higher investment spending — $182 billion was earmarked for new project implementation over five years from 2014 — and population growth, the Qatar National Bank expects the country’s economic growth to reach a significant 7.8% in 2016, up from 6.8% in 2015. Non-hydrocarbons contributed 62% of the country’s GDP in 2014. And Qatar’s policy to diversify its oil economy received praise from the IMF, with Lagarde commenting: “as far as Qatar, there have been solid and strong policy measures to diversify the economy.”

Let’s hope that the other GCC countries can successfully emulate Qatar’s economic success.