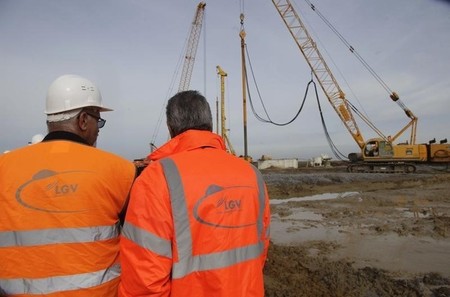 RABAT (Reuters) – Morocco’s jobless rate fell to 8.6 percent in the second quarter this year from 8.7 percent in the same period last year, mostly on employment growth in the construction and services sectors, official figures showed on Friday.

The government expects the 2016 cereal harvest to fall sharply after last year’s record crop of 11 million tonnes due to bad weather and more farm job losses are expected in 2016.

The woes of the farm sector have put further pressure on the Moroccan government, which is already facing protests over austerity measures.

The industrial sector created 38,000 jobs, the data showed. Construction and services added 70,000 and 41,000 jobs respectively, more than in previous years, a sign that the Moroccan economy has started to recover from years of recession caused largely by the euro zone debt crisis. The euro zone is Morocco’s main trade partner.

However, jobs created by construction and services are mostly precarious, the agency warned.

The Finance Ministry has forecast the economy will grow this year by less than 2 percent, slowing from 4.4 percent in 2015. However, the planning agency said the drought would drag growth down to 1.3 percent in 2016.