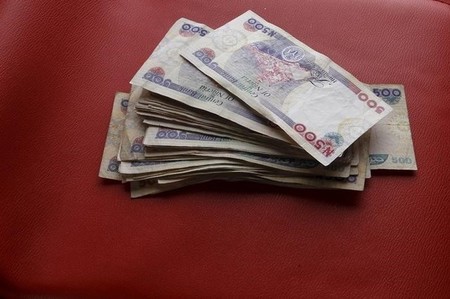 LAGOS (Reuters) – Nigeria’s central bank and its financial crimes agency have launched an investigation into banking deals after allegations of illegal transactions and has interrogated three top banking executives, officials and bankers said on Tuesday

The move signals an escalation of a crackdown on graft by President Muhammadu Buhari who got elected a year ago on a ticket to fix the economy of a country where most Nigerians live in poverty despite its enormous energy wealth.

But analysts said the probe which saw three banking chief executives escorted from their offices is a hit to a sector already reeling from a slump in oil revenues and the country’s worst economic crisis for decades.

“It’s a shock to confidence in the banking sector. They should have handled this investigation more discreetly rather than arresting CEOs in their offices,” said Bismark Rewane, CEO of Lagos-based consultancy Financial Derivatives.

“I fear for the ramifications.”

Banking sources say the Economic and Financial Crimes Commission (EFCC) has been investigating several banks for conducting possibly illegal transactions in the run-up to the March 2016 election to support then-president Goodluck Jonathan, who eventually lost to Buhari.

Corruption spiked under Jonathan but his supporters reject Buhari’s claims that his government had plundered the treasury and accuse Buhari, a former military ruler, of conducting a witch hunt.

The central bank said it was part of the probe to determine “the extent and persons that may be involved in such activities”. It gave no details but said the banking sector remained strong and described the deals in question as “isolated”.

But for banks in Africa’s biggest economy the probe couldn’t come at a worse time as several have recently reported falls in profit while bad loans have burgeoned due to exposure to the ailing oil industry. Some are in the middle of restructuring their business models.

The banks have also been hit by Buhari’s decision to freeze the naira rate, which has made investors reluctant to pour money into the West African nation as they expect him to devalue the currency anyway due to a loss of oil revenues.

Part of the foreign exchange trade has moved to the parallel market as banks have run out of dollars.

The crackdown started when the EFCC said last week it had obtained a court order to arrest the managing director of Nigeria’s Fidelity Bank, Nnamdi Okonkwo, and question him. A bank official said he had been released on Friday.

Nigerian media outlets, including The Premium Times, citing unnamed sources, said Okonkwo had been arrested on suspicion that he received $115 million from Jonathan’s oil minister, Diezani Alison-Madueke. It was not clear if the central bank was referring to these allegations in Tuesday’s statement.

She is under investigation over allegations of bribery and money laundering and was questioned by London police in October. Alison-Madueke is still in Britain undergoing cancer treatment, her lawyer has said. [nL5N1223TQ] [nL8N12A0EA]

Fidelity said last week it had appointed an acting CEO and was cooperating in the probe, saying all its transactions had been reported to regulators. The bank declined any further comment.

Sterling Bank, another domestic lender, said on its website that EFCC agents had questioned its Chief Executive Yemi Adeola and other members of its senior management team.

The bank said it did not hold an account of “the public officer from the previous administration” linked to the probe, without elaborating.

A third bank, Access Bank, said agents had visited it on Friday to investigate a transaction involving a customer of the bank and had questioned its group managing director, Herbert Wigwe, in the EEFC offices.

“He was released without charge on the same day,” the bank said in a statement.

An official at the EFCC, asking not to be named, said the investigation was ongoing and declined to give further details.

(By Oludare Mayowa and Ulf Laessing. Additional reporting by Felix Onuah and Camillus Eboh in Abuja; Editing by Louise Ireland and Gareth Jones)