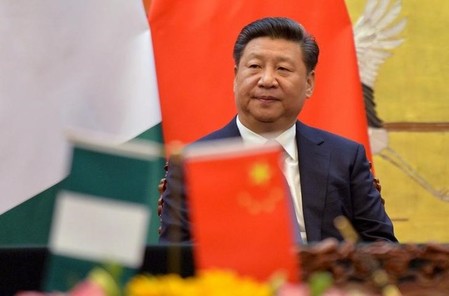 Nigeria, an OPEC member which was until recently Africa’s biggest oil producer, relies on crude sales for around 70 percent of national income, but its oil and gas infrastructure is in need of updating.

The country’s four refineries have never reached full production because of poor maintenance, causing it to rely on expensive imported fuel for 80 percent of energy needs.

These problems have been exacerbated by a series of attacks on oil and gas facilities by militants in the southern Niger Delta energy hub which pushed production down to 30-year lows in the last few weeks.

Oil minister Emmanuel Ibe Kachikwu, who also heads the Nigerian National Petroleum Corporation (NNPC), has been in China since Sunday for a roadshow aimed at raising investment.

“Memorandum of understandings (MoUs) worth over $80 billion to be spent on investments in oil and gas infrastructure, pipelines, refineries, power, facility refurbishments and upstream have been signed with Chinese companies,” said NNPC in a statement.

NNPC added the China roadshow was “the first of many investor roadshows intended for the raising of funds” to support the country’s oil and gas infrastructure development plans.

Earlier this week, NNPC said oil production had in the last few days risen by around 300,000 barrels per day (bpd) to 1.9 million bpd, due to repairs and no attacks having been carried out since June 16.

Goldman Sachs, in a report published on Wednesday, said a “normalization” in Nigerian oil production would put pressure on global oil prices and may mean prices will average less than $50 a barrel during the second half of 2016.