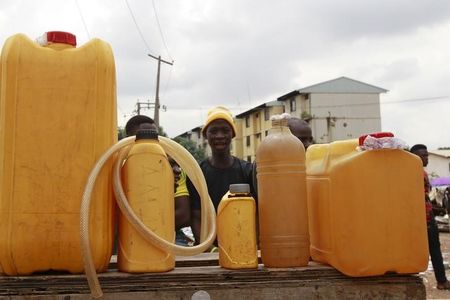 LAGOS (Reuters) – Nigeria’s Sterling Bank is open to merger or acquisition talks to build scale to counter weak market conditions caused by slow economic growth this year which could continue into 2016, its chief executive said.

Africa’s biggest economy relies on oil exports for about 58 percent of government revenue and faces its worst economic crisis in years because of the fall in crude prices, which tumbled to their lowest in more than six years last week.

CEO Yemi Adeola said late on Thursday the slowdown in the economy couple with currency weakness provided opportunities for a market consolidation to build scale and cut costs, adding that one or two foreign banks were having discussions about possible acquisitions in Nigeria.

“You could see … one or two international banks taking over one or two Nigerian banks … in 2016 from the look of things,” he said, declining to name the lenders.

“As for us at Sterling, we are always open, anything that will give us scale, we will pursue.”

Sterling Bank, which itself is the product of a merger of six local banks, was the target of a takeover in 2011 by South Africa’s No.2 banking group FirstRand. Acquisition talks collapsed after the two sides failed to agree on terms.

Shares in the bank, which have fallen 25.9 percent this year, are trading at less than 1 times its book value, analysts say. The stock shed 4.79 percent on Friday to 1.79 naira, giving it a market value of 51.5 billion naira ($259 million).

Adeola expects investment flows to reverse after the U.S. Federal Reserve raised interest rates this week for the first time in almost a decade, a move that could also hurt borrowers exposed to the dollar.

The naira, which is pegged to the dollar, has been hitting new lows among retail bureaux de change operators since last week with the central bank trying to curb demand to conserve its reserves, hurting commercial banks’ trade business.

Sterling Bank said on Thursday it would raise 35 billion naira ($177 million) in Tier II debt early next year to expand its loan book and saw no need to tap equity markets.