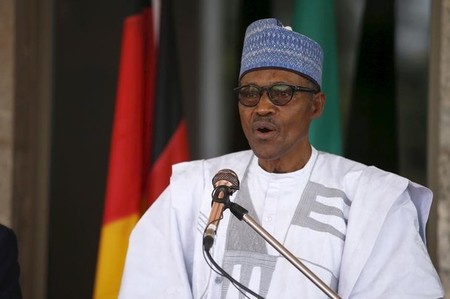 ABUJA (Reuters) – Nigerian lawmakers said on Wednesday they planned to hold talks with the presidency over the 2016 budget bill, which has yet to be signed into law by President Muhammadu Buhari after being passed by parliament last month.

The announcement suggests further delays before the legislation takes effect in Africa’s biggest economy and top oil producer, which is going through its worst crisis in years brought on by the slump in global crude prices.

Buhari withdrew his original budget bill in January because of an unrealistic oil price assumption and flaws in the draft. Lawmakers approved an amended proposal last month but only submitted headline figures rather than the whole document to the president’s office.

That prompted Buhari, who is currently in China, to say he would only sign the bill after checking it thoroughly.

Following closed-session talks by lawmakers in the lower house of parliament, a spokesman for politicians in that chamber said media reports about the contents of the budget submitted to the president last week had caused concern.

“We agreed as a chamber, as a House delegated the Speaker to please go ahead and engage the executive to identify the areas of concern,” said House of Representatives spokesman Abdulrazak Namdas.

He said there was particular concern about media reports that a proposed rail project linking the southwestern commercial capital, Lagos, with the eastern city of Calabar had been removed by parliament as part of their amendments.

Namdas said it “was not among the projects submitted by the President to the National Assembly”.

“Our own area of concern is that people say this thing was in the budget and we removed it. That is why we asked our speaker to liaise with the executive,” he said.

Last month Lai Mohammed, the information minister, said there was no rift between the executive and legislature over details of the budget.