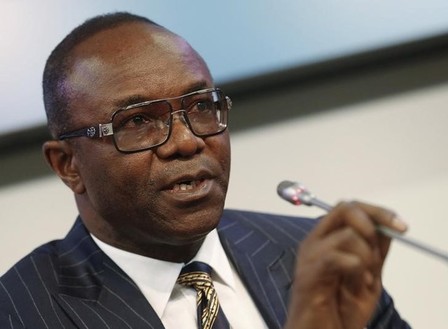 ABUJA (Reuters) – Nigeria’s oil production has fallen by almost 40 percent to 1.4 million barrels a day due to militant attacks on facilities in the Delta region, its oil minister said on Monday.

Emmanuel Ibe Kachikwu’s comments come amid a resurgence of militancy in the southern region which produces most of the crude oil that Nigeria relies on for around 70 percent of national income, and days after Britain’s foreign minister said local grievances need to be addressed. [nL5N18B0L2]

Kachikwu said efforts would be made to engage with people in the area.

Nigerian oil output has been driven lower after attacks by a group calling itself the Niger Delta Avengers which says it wants a greater share of oil profits and independence for the swampy region where residents have long complained of poverty.

Attacks in the last few weeks have hit platforms belonging to Chevron and Shell.

“Because of the incessant attacks and disruption of production in the Niger Delta, as I talk to you now, we are now producing about 1.4 million barrels per day,” Kachikwu told the House of Representatives.

“We were at 2.2 million bpd but we have lost 800,000 barrels,” said Kachikwu, who was invited to address the lower house of parliament about the country’s oil sector.

Nigeria has moved in army reinforcements to hunt the militants but British Foreign Minister Philip Hammond on Saturday said the government needed to the deal with the root causes of the conflict because a military confrontation could end in “disaster”.

Kachikwu echoed these sentiments when he told parliamentarians experience had shown that force alone tends not to solve problems.

“There are going to be robust engagements on what could have happened to the contract or relationship that used to exist between the Niger Delta and the Nigerian police that has suddenly resorted to sabotage,” said Kachikwu.

President Muhammadu Buhari has extended a multi-million dollar amnesty signed with militants in 2009 but upset them by ending generous pipeline protection contracts.

“We are trying to look at the amnesty and what has happened. Policing is key, security is key and throwing economic palliative to those sectors are also key,” added Kachikwu.