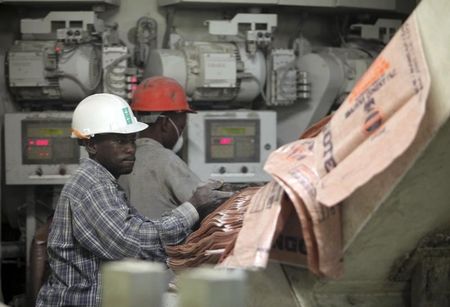 Dangote Cement shares rose 7.8 percent on the local bourse after it said it plans to build new cement plants in Nigeria and increase local production capacity to 38.25 metric tonnes per year from 29.25 metric tonnes.

The new plants will help it cut the cost of production and lower product prices in the market, it said.

The stock index, which has the second-biggest weighting after Kuwait on the MSCI frontier market index, gained 2.02 percent to 23,977 points.

Other gainers include Unilever, which was up 4.94 percent and PZ Cussons, which rose 4.78 percent.