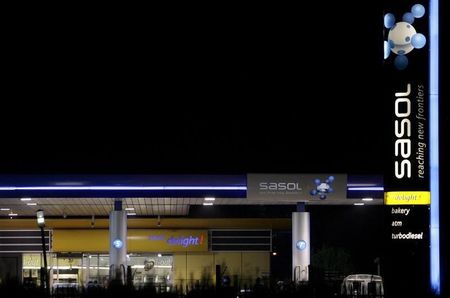 JOHANNESBURG (Reuters) – South Africa’s Sasol has received the green light from Mozambique to develop more oil and gas fields in the southern African state, the company said on Monday, without disclosing how much the project will cost.

Mozambique is sitting on huge gas reserves and developing liquefied natural gas export projects is expected to bring tens of billions of dollars to the impoverished state.

The petrochemicals giant, which makes 40 percent of its revenue from oil, said the project, about 600 km (372 miles) north of the capital Maputo, will be rolled out in stages. The first phase will include an oil, liquefied petroleum gas and gas project adjacent to its Pande and Temane fields.

Natural gas from Pande and Temane fields, in which Sasol holds a majority stake, is currently produced and processed at a central facility before being transported on an 865 km pipeline to gas markets in Mozambique and South Africa.

Gas projects being developed by Italy’s Eni and U.S. energy firm Anadarko will be given the final go-ahead by the end of this year, the state-run National Hydrocarbon Company (ENH) said on Sunday.