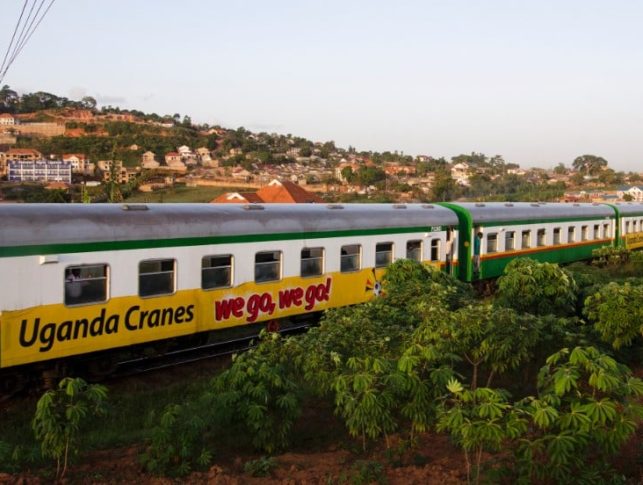 Rail projects proposed or under way on the southern continent will cost an estimated $60 billion.

Railway projects totaling more than $60 billion are proposed or under way in sub-Saharan Africa.

That estimate comes from Terrapin, which is organizing a major rail conference June 28-29 in Johannesburg. According to Terrapinn, projects in Uganda, Namibia, Batswana, Mali, and Nigeria have the largest budgets, ranging from $8 billion up to nearly $14 billion each.

One massive project is a 3,000-kilometer rail line that will link Benin, Burkina Faso,

These nations and mining companies that operate within them are funding the project as the mining industry seeks to increase mineral exports from 109,000 tons a year to 3.4 million tons in 2020, a 30-fold increase.

The rail network also is expected to boost trade among the linked nations and drive economic development in other sectors.

Nigeria also has ambitious plans for domestic rail lines, including one linking Lagos and Kano and another between Lagos and Calabar along the coast. Both were designed to ease commuter congestion and facilitate transport of goods.

However, plans were thrown into doubt in April when the Nigerian National Assembly removed $300 million in funding for the coastal project from the 2016 budget. Funding for a third line between Idu and Kaduna was severely reduced as well.

Meanwhile, Botswana and Namibia in southern Africa, are seeking private investment to build a 1,500-kilometer rail line that would transport coal from land-locked Botswana’s fields to Namibian ports on the Atlantic coast.

The project was estimated to cost $15 billion when first proposed in 2011. In 2015, the two countries staffed an office to begin looking into legal and cross-border issues that will have to be addressed.

In Mali, China has agreed to finance an overhaul of a rail line linking the capital of Bamako to Dakar in Senegal. Renovation of the 1,300-kilometer rail line will cost a total of $2.5 billion.

China will also train engineers and technicians and overhaul more than 20 train stations and domestic routes.

China will also play a role in development of a light-rail commuter network in the Ugandan capital of Kampala. The two countries in December signed an agreement for the China Civil Engineering Construction Corporation to build the first phase of the project at a cost of about $440 million.

Plans call for a 240-kilometer network with rail lines from the city center to Entebbe, Nsangi, Wakiso and other towns surrounding the capital. To ease traffic congestion, Uganda also launched an experimental commuter rail line in December between Kampala and Namanve.

Terrapinn earlier this year reported a boom in rail development in the Middle East and North Africa with proposals and projects estimated at more than $350 billion, with a number of high-speed rail lines under way.

Railways are vital to economic growth

According to the African Development Bank, railways have an important role to play in the economic development of the continent.

“Rail transport is inevitably critical to support economic development. Unless this mode of transport is developed, Africa may not realize its full potential in exploiting its abundant natural resources and wealth,” the bank said in a 2015 report.

However, the African Development Bank report said the poor condition of rail and rolling stock in many African countries is undermining the potential of rail systems to make a strong contribution to economic growth.

Unfortunately, the ability of African countries to attract investment for railway upgrades has been mixed, it said.

However, the report said support for investment in rail infrastructure will grow as African production of goods and minerals increase and as environmental concerns are heightened.