Sugar Refining in the Middle East Faces a Squeeze 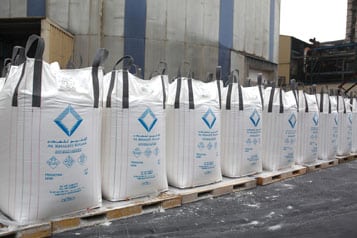 Middle Eastern sugar refining faces a squeeze as global demand and prices drop, and production capacity across the region rises

The expansion of Middle Eastern sugar refining has pushed one of the region’s leading producers to sell through the London Investment exchange, the first time a company from the region has done so in a decade. In a deal worth around $200 million, UAE-based Al Khaleej Sugar Company delivered just over 200,000 metric tons of white sweetener to ICE Futures Europe, which was bought in full by ED&F Man Holdings. But the move signals a difficult time for sugar refining in the Middle East.

Al Khaleej, which refines, produces, and distributes refined and raw sugar and sugar syrup, was founded in 1992, and was one of the first home-grown sugar refineries to see success in the Middle East. Importing raw sugar from Brazil and India, it has an annual output of around 1.8 million tons, and is one of the world’s largest sugar refiners. Although it may seem odd that one of the world’s leading sugar refineries is based in a region without the correct weather to produce its own sugar, the World Trade Organization’s decision to cap exports from the European Union in 2006, formerly the largest exporter of white sugar to the MENA region, left a huge gap in the market.

However, a decade later sugar prices have dropped, and there is a global sugar surplus, while consumer demand is weak. Al Khaleej’s rare move to sell through the ICE – at a time when it is operating at 70% capacity, well below its production capacity of around 2.5 million tons per year – has only underscored these concerns. As analysts comment, the London exchange is seen as a last resort buyer, signaling that there is not much of a market. Al Khaleej has said that where last year’s weak demand was compensated by high sugar premiums, the company is looking to 2016 with some trepidation.

The choice to sell outside of the MENA physical market also highlights the excess refining capacity of the region itself. Inspired in part by the success of Al Khaleej during the 2000s, a significant number of new refineries have come onstream in recent years, notably in Saudi Arabia, Iraq, Sudan, Yemen, and Bahrain (which has the $150 million Arabian Sugar Company which produces 600,000 metric tons per year). The MENA region’s refining production is around 8.5 million tons, although its total capacity stands at around 13.5 million tons, and consumption is around 12-15 million tons.

Between 2016 and 2018, that capacity is expected to increase by around 4.7 million tons thanks to a stream of projects which were planned and approved before demand dropped. A new Al Reef Sugar Refinery is due to start operations in Jizan, Saudi Arabia by the end of 2017, with a planned refining capacity of 1 million tons annually. It also has plans to acquire land in East Africa to grow its own cane sugar crop in the long term. A second refinery in Saudi Arabia, the Durrah refinery, is also under construction, with a planned refining capacity of 750,000 tons.

Further refineries are also in development across the Middle East, including in Oman, where work on the Sultanate’s first ever sugar refinery, the $250 million Oman Sugar Refinery Company, has commenced, and in Algeria, where production has just started at a new refinery with a capacity of 350,000 tons per year. That figure will increase to 700,000 tons annually over this year to serve the domestic Algerian market which consumes 1.2 million tons a year. Bahrain, Yemen, and Iraq have also expanded their sugar refining capabilities in recent years.

However, it is feared that this significant expansion will create a production capacity far in excess of forecast consumption. Indeed, it is estimated that processing capacity in the region will be producing a 6.1 million ton surplus by 2018.

In Saudi Arabia white sugar consumption is around 1.2 million tons annually, a figure already matched by the Saudi refinery, United Sugar Company (a subsidiary of the Savola Group). The two further refineries currently under development in the Kingdom will push production capacity to saturation, especially considering that United is already operating at a loss and has plans to expand its annual capacity by 500,000 tons by 2017. Similarly in Oman, a new refinery with a planned annual capacity of 700,000 tons seems unnecessary in a country that consumes only 100,000 tons a year. Like Iraq, many countries across the Middle East are now self-sufficient. So as raw sugar futures drop to a three and a half year low, Middle Eastern sugar refining should be expecting a squeeze.