Tourism in Morocco down amid regional unrest 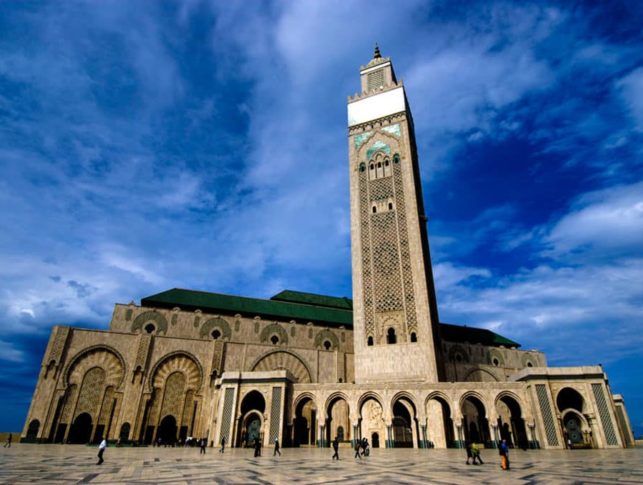 As regional unrest results in declines in tourist visits by Europeans, Morocco is attempting to attract more visitors from Russia, China and West Africa.

A visit by Moroccan King Mohammad VI to Moscow in March underscored the North African nation’s strategy of attracting tourists from outside European nations that have traditionally been major sources of visitors.

The Ministry of Tourism of Morocco is also in talks with airlines to open direct flights to that country from Russia and China.

Tourism minister Lahcen Haddad said Morocco has lost tourists because of unwarranted fears about safety prompted by continuing unrest in Libya, Tunisia and Egypt as well as recent attacks by terrorists in Turkey.

“Morocco remains a very safe and secure country,” Haddad said. “But we need to do more to get that message across.”

A 2015 report by the Overseas Security Council also declared all areas of Morocco safe for tourists, citing mostly minor thefts as the main risk.

The country’s tourism industry got a wakeup call in 2015, when total tourism revenues and tourist visits declined after a decade of growth.

According to the Treasury and External Finance agency, tourist revenue to hotels and restaurants declined by 1.3 percent during the first three quarters of 2015, following an increase of 3.3 percent a year earlier.

The agency said tourist arrivals at Moroccan border posts also declined by 1 percent in 2015 while these arrivals had increased by 2.4 percent to more than 10 million in 2014.

The largest decline has been among the French, who constitute Morocco’s largest source of tourism. French tourism to Morocco declined by 7 percent in 2015. The nation also saw declines in visitors from Spain, Italy and Belgium, while arrivals from the United Kingdom and the United States increased, according to the tourism ministry.

Tourism revenue in 2015 totaled about $6 billion, still a significant share of Morocco’s $100 billion economy. The sector employs about 400,000 people.

Like other countries in the region, Morocco experienced significant growth in its tourism industry between 2001 and 2011, according to Eurostat. The Arab Spring began in Tunisia in 2010 and spread to Egypt, Libya, Syria, Yemen, and Bahrain the following year, prompting varying degrees of unrest and instability that persists in some countries today.

Morocco has not fared as badly as some other countries in the region.

Turkey, hit by terrorist attacks, also experienced steep declines in tourism, which accounts for 15 percent of its gross domestic product.

As Europeans stay away, Morocco is pinning its hopes to expand the tourism sector on visitors from Russia, West Africa and China.

In March, a visit to Moscow by King Mohammad VI’s included talks about ways to encourage more Russians to visit Morocco as well as talks about providing direct flights to the North African country from St. Petersburg and Moscow.

In his first visit to Russia since 2002, the Moroccan king met with Russian President Vladimir Putin to discuss bilateral cooperation in tourism, agriculture and energy. The two countries signed 12 agreements related to tourism.

“Russia offers us a big opportunity,” he said.

Haddad said talks are under way with Royal Air Maroc and Russia’s Aeroflot about opening new routes between Marrakesh and Agadir in Morocco and Moscow and St. Petersburg.

A 2014 plan to add direct flights between Morocco and China has not been implemented.

Meanwhile, Haddad said Morocco is a top hub for West Africans traveling to Europe or other countries in Africa.

Haddad said Morocco could attract as many as 160,000 visitors from West Africa if it can entice transit travelers to stay a few nights in Casablanca and visit attractions such as the medina and Hassan II mosque.

Morocco’s tourism industry is expected to get a boost later this year with more than 30,000 attendees at COP22, the 2015 global climate conference November 7 – 18 in Marrakesh.

Morocco has also started talks with European carriers about offering low-cost flights to Moroccan tourist destinations such as Ouarzazate and Errachidia, Haddad said.