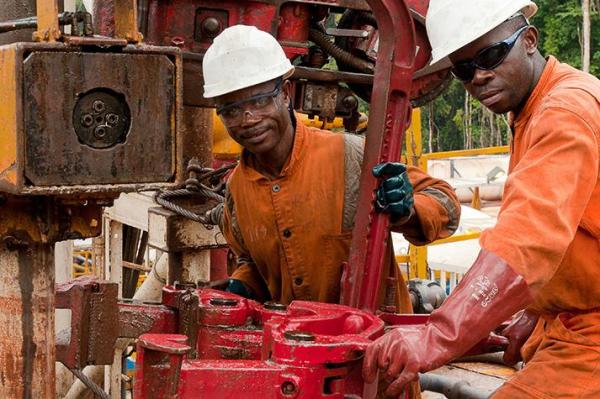 The West African nation becomes the smallest producer of oil in the cartel, producing only 200,000 barrels a day.

More than 20 years after Gabon left OPEC in a dispute over its budget contribution, the West African nation has rejoined the oil cartel.

Gabon returns to the Organization of Petroleum Exporting Countries amid a two-year oil glut that has reduced the cartel’s power to prop up global oil prices.

Gabon was the second former member to rejoin OPEC this year, following Indonesia, which quit in 2008 then returned in January.

Gabon is the smallest producer among OPEC’s 14 member countries. It produces 200,000 barrels of oil per day, but according to the International Energy Agency, the nation’s output is declining.

Gabon, which joined OPEC in 1975, left in 1995 after the cartel refused its request to reduce its financial contribution to the organization, making it more proportionate with its production. At the time, Gabon produced about 340,000 barrels of oil per day, about one percent of total OPEC production.

Like other OPEC members, Gabon is struggling with the slump in global oil prices, and rejoining the cartel enables the country to strengthen its ties with countries that share similar challenges.

In response to the slump, Gabon is also working to shift more of its economy to agriculture. The nation, with a population of less than 2 million, currently imports nearly all of its food.

Working with Olam International Ltd., the Gabonese are trying to persuade young people to take up farming.

As part of the effort, about 2,500 Gabonese will observe cocoa farming in Ivory Coast, learn techniques at a palm-oil plantation in Asia, or train as bulldozer operators in Morocco, Gupta said.

Olam also will work with Gabon to develop nearly 250,000 acres of oil-palm plantations.

According to the World Bank, Gabon is an upper-middle-income country that experienced strong economic growth during the last 10 years, mostly from oil and manganese production.

In 2015, oil accounted for 70% of Gabon’s exports, and 20% of the nation’s gross domestic product. Economic growth weakened to 4% in 2015 because of the drop in oil prices, forcing the government to cut investments designed to promote economic diversity.

Even though Gabon’s economy has been growing, it has failed to create enough jobs, the World Bank said. Unemployment in 2010 was more than 20%.

OPEC, meanwhile, has seen its global clout diminished. The cartel has attempted to negotiate a deal with Russia to freeze production levels in order to prop up prices. However, OPEC disunity has stalled the effort so far.

Del Pino said he also would propose that OPEC adopt “production ranges” that would allow production to fluctuate, rather than talking about an unpopular production ceiling.

In 2014, OPEC abandoned its policy of limiting oil production to shore up prices.  Steep price declines followed. Oil, which sold for $110 a barrel in 2014, slumped to a low of $26 per barrel earlier this year. It recovered somewhat this spring with prices mostly in the range of $45-$50 in recent months.

OPEC nations, led by Saudi Arabia, have been willing to absorb the financial impact of plummeting oil prices in order to preserve market share and hurt competitors with higher productions costs, such as U.S. shale producers.