Yeelenpix – the African startup changing the way Africa is seen 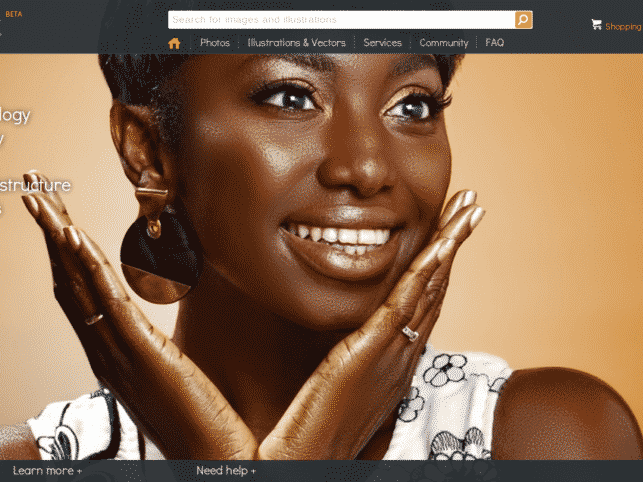 Yeelenpix is the startup company selling images of Africa that reflect the continent’s diversity.

Yeelenpix is a company in its infancy, having only been launched in 2013, but it aims to broaden the way that Africa is presented in pictures. Asking someone to pick an image that represents a vast continent would be impossible, and the team behind Yeelenpix felt that the images available were too limited.

From the Pyramids of Egypt to iconic wildlife on safaris, there are images that are distinctly African, but whole areas of African life, trade and experiences had little documentation. Yeelenpix founder Moussa Fofana felt that this was problematic, not just for how the continent was seen by the rest of the world, but for businesses in Africa who needed stock images for marketing.

Fofana elaborated on the catalyst for starting up his company saying, “It all started with a remark made to me one day, by a friend who works in communications in Abidjan…she had to go and buy images on the western platforms to illustrate papers for her African clients, without the benefit of African images that are at hand.”

Fofana set up the company with his close friends Alex Poblah and Maguette Mbow, who were living in Paris at the same time as Fofana. Fofana is from the Ivory Coast, and the word “yeelen” actually means “light” in his native language of Dioula.

With a gap in the market identified, the three friends set up Yeelenpix, and immediately looked to source additional funding. However, thus far the company has been entirely self-funded as, according to Fofana, “The private equity firm with whom we were negotiating in Paris has proved too greedy.”

This setback did not stop the company from having early success. Yeelenpix quickly built up a large cache of over 10,000 images from across Africa, and they currently have a network of 50 professional photographers providing them with photographs. In addition to providing employment opportunities for African photographers, Yeelenpix also works with British and French photographers who spend extensive time on the continent.

Within 2 years of their launch, Yeelenpix’s clients include the TV station Africa 24, and Morocco’s Chaabi Bank. The range of images is set to grow, as Fofana has stated they aim to have 100 professionals working for them within a year, and they are also happy to work with amateurs if the quality of their work is good enough. If a company needs images of rice farming in Nigeria, or the cotton industry in Mali, then Yeelenpix can provide the pictures needed to create promotional brochures.

By accepting work from amateurs, Yeelenpix is not only providing work opportunities for aspiring photographers, but it is increasing the range of its reach. Areas of life that might not have attracted professionals become accessible, and countries with less status (than some of Africa’s most famous destinations) get greater opportunities for exposure.

Fofana explained the company ethos on utilizing talented amateurs saying, “They can express their vision of Africa and the market. Young people who are not yet professional contact us, word of mouth starts working.”

Democratizing the process of how the continent is represented puts at least some of the power into the hands of the people, who live and work in the nations being portrayed.

Yeelenpix operates a flexible price structure to allow as great a number of organizations as possible to access their database, and use their images. On average, it costs $22 to use a Yeelenpix image for a website, with a commission rate of 35% to 60% of sales paid to the photographer.

There are additional fees for companies wishing to use an image on printed materials, but pricing structures are negotiable, thus allowing smaller clients to still benefit from the wide stock of images available at the Yeelenpix website. The images are also hosted in various categories to help clients filter out images that are not relevant to their needs.

Fofana and his team want Yeelenpix to create jobs, but also to inspire pride in showcasing Africa in new ways. Talking about what drives his team Fofana sums it up saying, “We wanted to participate in the dissemination of a new image of Africa. Africa is changing and evolving. (We want to) enable African photographers to become better known and live their art.”