Faso Soap: A weapon against malaria? 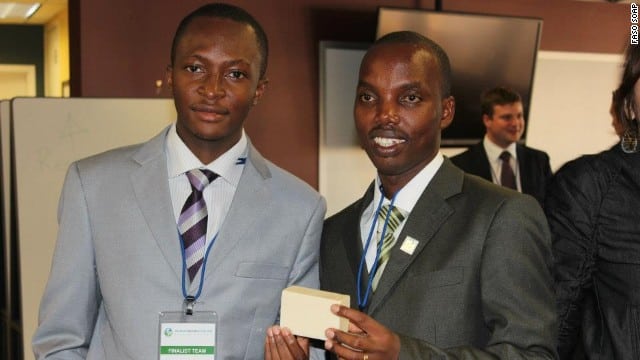 A soap created by two students in Burkina Faso holds promise as an affordable way to fight the devastating disease.

As malaria threatens millions of people in Africa, a mosquito-repellent soap invented by two students in Burkina Faso may help prevent infection.

Faso Soap could be tested and produced if a crowd funding campaign launched in April is successful.

It was the first project from the African continent to win the $25,000 grand prize at  University of California Berkeley’s Global Social Ventures Competition in 2013, beating 650 entries from 40 countries.

Globally, more than three billion people live in areas at risk for malaria, mostly in poor tropical and sub-tropical regions.

Africa is hardest hit by the debilitating disease. An estimated 430,000 people die from malaria each year and 90 percent of the deaths occur in sub-Saharan Africa, mostly among children under five years old, according to one U.S. official.

Sheila Paskman, chargé d’affaires at the U.S. Embassy in Liberia, said a child dies from malaria every two minutes in Africa, where the disease is also responsible more than half of all school absences. “The disease costs the continent billions each year in health costs and lost productivity,” she said.

According to the Centers of Disease Control and Prevention, Africa is most vulnerable for a variety of reasons: A predominant species, Plasmodium falciparum, is most likely to cause death; the climate allows transmission to occur year round; and scarcity of resources hinders malaria control.

Nigeria, Burkina Faso, Sierra Leone, Mozambique and the Democratic Republic of the Congo are hardest hit by the disease.

In other areas of the world, such as parts of South Asia and Latin America, malaria is less likely to cause death but can still result in severe illness and incapacitation, according to the CDC.

While the disease remains a serious problem, eradication efforts are paying off.

Faso Soap could be another weapon in the arsenal fighting malaria.

Niyondiko said the soap is made from Shea butter, lemongrass oil and other ingredients.

He said Faso Soap can repel mosquitoes for several hours after use and could especially offer protection in the early evening when people are still outdoors and mosquitoes appear.

The team hopes to engage in partnerships with large soap producers and distributors to create a product that is competitive with conventional soap.

The French Association for Research Against Infectious Diseases in Africa is collecting the donations. So far, the project has raised more than $42,000 from 464 contributors.

Now working with social entrepreneurs Lisa Barutel and Franck Langevin in Burkina Faso, Niyondiko said the aim is to provide an accessible and affordable product for people who may not be able to afford anti-mosquito products or nets.

“Soap is a commodity product and not going to add other additional costs to the population” as they will buy soap in any case, Niyondiko said.

One Response to Faso Soap: A weapon against malaria?