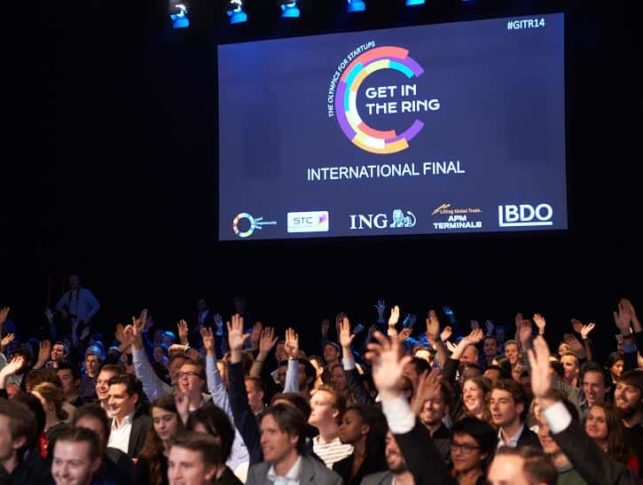 New ventures from South Africa, Morocco, Sudan, Saudi Arabia and Egypt will compete in the Get in the Ring final in March.

Six startups from Africa and the Middle East will compete in the world finals of Get in the Ring, a global competition that helps raise the visibility of new ventures and connects them with potential investors.

The six startups representing South Africa, Morocco, Sudan, Saudi Arabia and Egypt include delivery services, mobile applications and energy developers. They will compete in the Get in the Ring world final in Medellin, Columbia in March.

Get in the Ring is one of the world’s largest competitions for startups.

Contestants face off in a boxing ring to deliver 30-second pitches for their product or service and they are judged by investors and other experts. They are scored based on their business model and potential market, their team, their achievements and their financials.

Newtech Rail has developed technology for railway overhead infrastructure. Jan Jooste, a South African industrial engineer and director of innovation at Vaal University of Technology, launched the startup in 2015.

iMORPH3D is a mobile application that enables users to create anamorphic 3D illusions. Android and Apple versions are available for download. It is a product of Adfire Creative M3dia.

In the North African regional competition, held in Casablanca, Moroccan startup LIK and a Sudanese startup SmartDelivery emerged as the winners.

LIK from Morocco is a mobile application that gives users free phone credits in exchange for agreeing to display advertising on their smart phones when they receive calls. The ads are location-based and contextual based on age, gender, and language. Launched late last year, the app already has more than 100,000 users. LIK at Level Up Competition

LIK found that its users were seeing advertising everywhere but were not realizing any benefit from viewing the ads. “With LIK, they can finally benefit,” Ismail Bargach said. He co-founded LIK with Omar Kadiri, and Yassine Faddani. The startup also won the Level Up Morocco competition last year in Casablanca.

The Sudanese startup SmartDelivery lets customers order fresh vegetables, fruit and meat via an app and it provides free delivery. It is able to charge lower prices because it buys directly from farmers and eliminates the middlemen. According to the company, the app enables efficient communication on customer orders.

Vanoman is a platform to connect truck drivers in Saudi Arabia with customers who want furniture transported. Fadi Almaghrabi, its CEO, represented the company.

SolarizEgypt designs and installs grid-connected PV solar power plants as a supplement for conventional types of power for industrial, commercial and residential customers. The company was launched by a group of graduates of the American University in Cairo.

Get in the Ring brings entrepreneurs together to compete in local, national and regional competitions that winnow the field for the world finals, where they compete for funding of up to one million euros and investment dollars.

Along the way, participants received expert advice, coaching on their pitches and the opportunity to meet investors and develop a fan base.

“This event is not just about pitching for funding. It is also about pitching for attention’’ according to Brian Walsh, founder and chief executive officer of The REAL Success Network, one of the partners for the event. Walsh said the multiple rounds of competition expose them to thousands of potential funders and supporters.

Steven Cohen, head of event co-sponsor Sage One International, said Get in the Ring “is helping to encourage excellence and innovation among local businesses, and to provide role models and inspiration for the entrepreneurs of the future.”

In 2014, the South African startup GoMetro was a runner-up in the global finals.

Get in the Ring began in 2012 in the Netherlands and has grown rapidly into a major global event. Get in the Ring competitions are now held in more than 60 countries. Between 2012 and 2014, more than 3,000 startups participated.