We Cash Up aims to be the PayPal of Africa 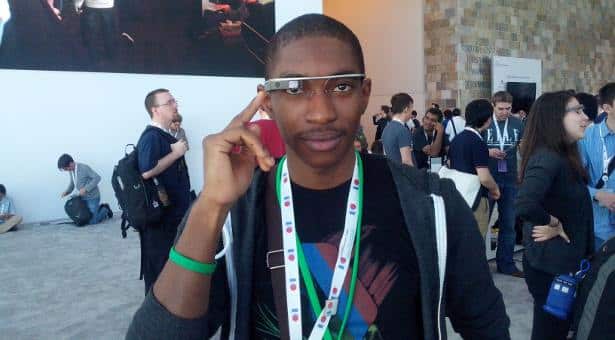 With e-commerce on the continent poised for growth, We Cash Up develops an innovative platform to enable online purchases on phones.

Hoping to ride a wave of innovative online technology and mobile adoption in Africa, the startup We Cash Up has set its sights on becoming the Pay Pal of the continent.

Cedric Atangana, co-founder and CEO of the Marseille-based company Infinity Space, said its We Cash Up network will aim to provide online purchasing power for Africans who do not have bank accounts.

Atangana said as many as 800 million Africans are excluded from internet commerce because they do not have bank accounts. At the same time, most of them have mobile phones.

His solution? A mobile network that enables users to make secure payments via their phones.

A network of businesses and buyers

Small businesses and stores that participate in the network are both a point of deposit and a point of withdrawal so We Cash Up does not have to develop an expensive new infrastructure to manage cash transactions.

We Cash Up says one key feature of We Cash Up is that its developers found a way to communicate across mobile money systems in 54 African countries that enables transactions across borders.

Infinity Space also developed an artificial intelligence that tracks the behavior of mobile users in order to identify risky or fraudulent transactions, the company said.

Infinity Spaces is also developing a We Shop Up platform for participating merchants.

The company operates as a virtual team. Atangana is based in Marseille while other team members work from Kenya or Cameroon.

Atangana sees vast potential both for merchants and buyers and internet use grows in Africa.

Experts agree that the potential to expand e-commerce in Africa exists but it faces key challenges. For example, e-commerce giants including Kalahari and Mocality have invested in Africa and then retrenched after failing to achieve profitability.

Wealthier Africans have not embraced online shopping, for example, because of concerns about fraud. At the same time, many African cultures value their vibrant and plentiful physical marketplaces over online shopping.

Cross-border differences inhibit scaling efficiencies and require duplication of services. The logistics of delivery are complicated.

At the same time, the continent appears poised for growth in e-commerce as spending power increases along with internet access. One study predicts e-commerce, now a tiny fraction of the economy, will grow by 40 percent annually during the next decade.

Atangana believes We Cash Up can tap into that growth and change attitudes about online shopping.

Atangana, who holds a degree in engineering from Polytech Marseille, founded Infinity Space in Cameroon in 2010. The company operated in Nairobi, Kenya before Atangana moved its current headquarters to France.

He and Infinity Space chief marketing officer Marcelle Ballow Bekono were named to Forbes list of top 30 African entrepreneurs under 30.

We Cash Up has received several awards in startup competitions, including $20,000 at the 2014 Google Pitch Night.

He said he got the idea for We Cash Up after he had to help friends who did not have credit cards make online purchases.

On separate occasions, he said, friends in Cameroon and Kenya were unable to participate in developer competitions because they could not provide banking details.

“Indeed, one of the conditions for registration was to provide bank details or the majority had no credit card. And it has been very frustrating for me,” he said. “The idea of this project is born from our desire to help these people.”

Account Nickel offers prepaid cards to people who do not have bank accounts but operates only in France. MPesa is a leading mobile payment platform in East Africa while telecom operators offer prepaid services in other countries.

But Atangana has a bigger vision of mobile e-commerce across international borders.

“This is the Airbnb financial system,” Atangana said.

ecommerce, entrepreneurship, startups, we cash up

Africa, Business, Featured We Cash Up aims to be the PayPal of Africa