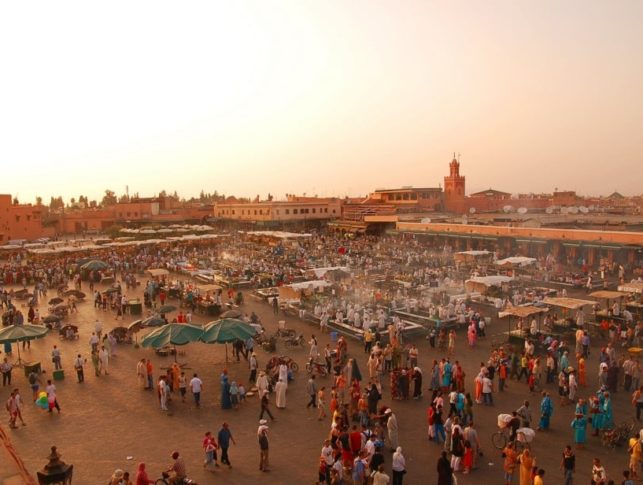 More than 30,000 people are expected to attend the COP22 gathering in Marrakesh in November.

Repairing damage will be key issue

The upcoming conference is expected to focus on an issue of great importance to many African nations: Mitigation of damage already done by climate change and help adapting to a new environment.

Speaking at a recent “From COP21 to COP22” conference in Geneva, Helen Clark, administrator of the United Nations Development Program, said the next conference must drive mitigation efforts.

Following the Paris agreement, Clark said, agencies and governments must “scale up” initiatives to repair or reduce damage and help countries adapt to changing environmental conditions.

Clark said her agency would facilitate access to financial and technical resources along with other major global actors.

From decision to action

She said COP 22 in Morocco marks a transition from the consensus building and decision-making of Paris to a “COP of Action.”

Clark said that in addition to supporting development to reduce emissions, her agency will work with more than 100 countries to finance mitigation measures as well as strengthening disaster management work and linking it to climate change damage.

While Africa is the least polluting continent on the planet, it has suffered some of climate change’s most severe effects.

At the climate conference in Paris, African leaders emphasized the need for financial help to address losses in their countries.

Southern Africa, including Mozambique, Botswana, Zimbabwe and South Africa has been hard hit by drought as have Ethiopia, Eritrea and Somalia in the Horn of Africa.

At the same time, heavy rains, landslides and flooding have hit Burundi, Nigeria and Malawi.

Coastal erosion is emerging as a major threat in West Africa, where large shares of gross domestic products are associated with the sea, including fishing and tourism.

Financial help to mitigate damages and help countries adapt to a new and changing environment are expected to take center state at the Marrakech conference.

Morocco hopes hosting the conference will also shine an international spotlight on its ambitious efforts to reduce its own reliance on greenhouse gas emissions with its pledge to reduce them by one third percent by 2030.

Morocco plans to increase the share of renewable energy to 42 percent by 2020 and to 52 percent by 2030. The country recently opened what is believed to be the world’s largest solar power plant near the city of Ouarzazate, about 120 miles southeast of Marrakech

As preparations get under way, organizers have begun holding workshops to educate tour and hotel operators and discuss logistics in the city of about 1 million population is Morocco’s most popular tourist destination, known for its colorful markets. Marrakech hosted COP7 in 2001.