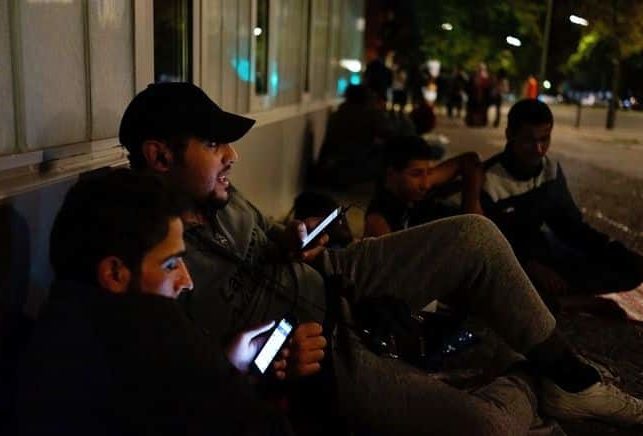 Going mobile. That’s the tune businesses, and marketers, are singing in the Middle East and Africa as the end of 2015 nears. If you don’t have a plan or haven’t started one, for the mobile marketplace, then you are at risk at being a generation behind the competition. You’re still driving a moped while everyone else is passing you by in their sleek, new electric cars that are almost driving themselves. Moreover, they are working on an app for that.

The people of the MEA market are snatching up mobile devices at a rapid rate and are second only to the Asia-Pacific market as the largest users of mobile phones. According to eMarketer, an independent market research company, 606 million people in the region have at least one mobile phone. They expect an increase to over 789 million in 2019. That’s a lot of phones. That’s a lot of people with phones who use mobile services and are increasingly buying goods and other services with them.

Adjust strategies or crash into a wall

Marketers and advertisers look at those numbers and find themselves scrambling to keep up with the present while making plans for the future. They see a new world on 4-6” screens that the consumer carries everywhere in their pocket. The new marketplace is on those screens, and if they cannot adjust their strategies, they will crash into a wall and watch their competitors fly past them. The race to monetize on the mobile platform has already begun, and businesses are pressing the pedal to the metal.

How fast is this race and what, exactly, is driving it? In some cases, the speed is 4G+, and the “cars” are smartphones with a few tablets thrown in. At the end of 2015, it is estimated that there will be 106 million smartphone users in the Middle East and Africa, a much higher number than projections a year ago. That is an impressive number but only accounts for 18% of the mobile phone user base in the region. The report by eMarketer predicts a rapid penetration in the next few years: “In 2019, that share is expected to reach 22 percent, as the number of residents with a smartphone approaches 174 million.”

Where do all of these new customers come from? Most aren’t new customers. The majority are current subscribers trading up from basic feature phones while others are new subscribers taking the leap directly to smartphones as they become more affordable, typically the young and affluent consumer. Samsung Galaxies, iPads and other tablets are part of the mix as well, according to eMarketer, “Tablets are also proliferating though the cost is still a barrier for many consumers.” In the U.A.E, Saudi Arabia and some of the more prosperous Middle East countries, the cost is not a major obstacle to smartphone adoption. According to Ipsos estimates, 91% of UAE residents used a smartphone last year while the number in Saudi Arabia was 79%. In Kuwait, there has been a dramatic increase in usage from 49% to 86% in the last two years. The numbers in Africa are not nearly as high, and it boils down to cost.

Africa’s smartphone market is being fueled by inexpensive handsets running Google’s Android operating system. According to a report by the International Data Corporation (IDC), 89% of all smartphones shipped in Africa during the first quarter of 2015 were powered by Android. Of those, 45.1% were priced below $100. IDC claims that by 2019 only 27% of the phones sold in Africa will be feature phones. The market will continue to grow rapidly for smartphones with added features priced under $100.

African governments have been driving efforts to expand 3G+ networks

How will this increasing adoption and use of smartphones affect business and consumers in the present and near future? The first hurdle being addressed is the lack of 3G service penetration in areas outside of the urban oases in Africa where people are using most smartphones. African governments are keenly aware of this and have been driving efforts to expand 3G+ networks. Increasing connectivity will drive the costs down of mobile data services and fuel the increasing penetration of smartphones. Mobile connection, with the masses at the steering wheel, has proven to create different ways of doing business and to provide services more successfully and efficiently.

Marketers and advertisers offering products with appeal throughout the continent, who also provide access to an extensive range of applications, will find success. Locally developed products will also be key to providing value to the mobile experience. Location services and third-party purchasing data are becoming more popular among marketers. App usage has increased significantly. Mobile marketers are taking advantage of smartphone apps as a marketing resource, allowing for direct engagement, payment, and targeted advertising. The game is changing from football in the desert to Formula One racing for businesses in the Middle East and Africa.

Rethinking their approach to doing business
The consumer journey faces rapid evolution. Marketers and advertisers will face demands to re-think their approach to doing business, and only those that adapt will find themselves racing past their competition. The changing nature of the engines of commerce provide a great opportunity, but also bring countless challenges in our increasingly mobile world. The MEA is going mobile. It has the keys to a fast new car. We will watch how that car changes the nature of the developing roads on which it travels.