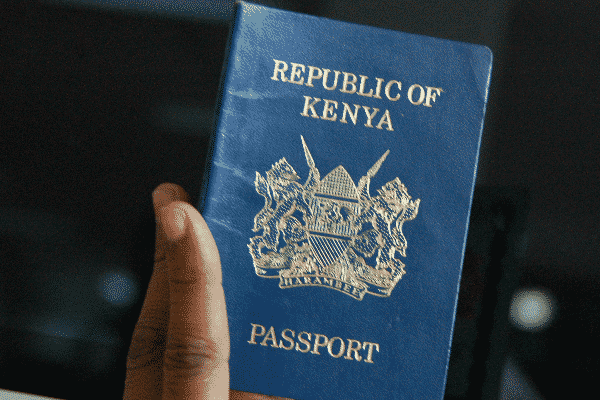 Making access to visas easy or scrapping the requirement entirely is an important way governments can help promote tourism and trade among the nations of the continent, according to the African Development Bank (ADB).

The ADB has developed the Africa Visa Openness Index to assess which countries have the most open and efficient visa access. The bank says cumbersome visa procedures undermine doing business across borders on the continent.

On average, travel within the continent is often difficult because African nations are “more closed off to each other than open” the ADB said in its 2016 report (pdf) on visa access. “Free movement of people is not a reality across Africa.”

Most require visas in advance

The report said only 20 percent of the 55 countries in the index do not require visas and only 15 percent offer visas on arrival, meaning more than half require visitors to obtain visas in advance.

To make matters worse, the report said, many of Africa’s strategic hubs have restrictive visa policies while the continent’s small, landlocked and island states tend to be more open to promote trade links with neighboring countries.

The report said countries in West and East Africa tend to be more open than in other regions.

The top 10 nations for openness stand out, with an average score of 0.86 (out of 1) on the ADB index, more than double the overall average of 4.25.

Seychelles is first for openness

At the bottom of the list are Eritrea, Ethiopia, Sudan, Angola, Gabon, Libya, Egypt, Equatorial Guinea, São Tomé and Príncipe, and Western Sahara.

The report said eight of the top 10 countries for openness have seen gains in travel and tourism as a portion of gross domestic product.

In Seychelles, which is visa free, tourism accounted for nearly 57 percent of the country’s gross domestic product in 2014 and was expected to increase by more than 5 percent in 2015.

The report highlights benefits to Rwanda and Mauritius after they adopted open visa policies for visitors from other African countries in recent years.

Both countries have seen an increase in African business and leisure travelers, which has produced “an economic impact that is still growing,” the report said.

After Mauritius relaxed visa requirements for visitors from 48 African countries, more than one quarter of visitors to the nation in 2014 came from other African states, with revenue from tourism totaling $1.2 billion.

“Greater visa openness forms part of Mauritius’ Africa strategy, which aims to promote the country as a gateway for investment into the continent,” the report said.

New open visa policies are also helping Rwanda with gross domestic product growth of 7 percent in 2014 and tourism income up 4 percent to more than $300 million.

Rwanda adopted a visa-on-arrival policy and cut its fee by half, to $30, then saw visits by Africans increase by 22 percent annually.

“We are seeing more African travelers not just in tourism, but in business,’’ said Francis Gatare, chief executive officer of the Rwanda Development Bank.

The report notes that the African Union’s Agenda 2063 calls for removal of visa requirements across the continent by 2018 and creating an African passport.

Other way to make travel more is to offer eVisas so the traveler can apply online rather than having to be present to obtain a visa, the report said. Currently, nine African countries offer e-Visas: Côte d’Ivoire, Gabon, Kenya, Nigeria, Rwanda, São Tomé and Príncipe, Sierra Leone, Zambia and Zimbabwe.

The report argues that more open visa policies will not undermine security.

“Having strong systems in place including biometric databases at border controls and joining IT systems with other countries and regions seems to be the answer. That allows information sharing and greater cooperation, which in turn minimizes risk and provides higher levels of security overall.”

The report emphasizes the importance of travel to the development of the continent in the coming years.

By 2034, air arrivals to destinations in Africa are projected to increase to 280 million from nearly 120 million in 2014.

That increase “needs to be matched by more visa-open policies on arrival on the ground,” the report said.